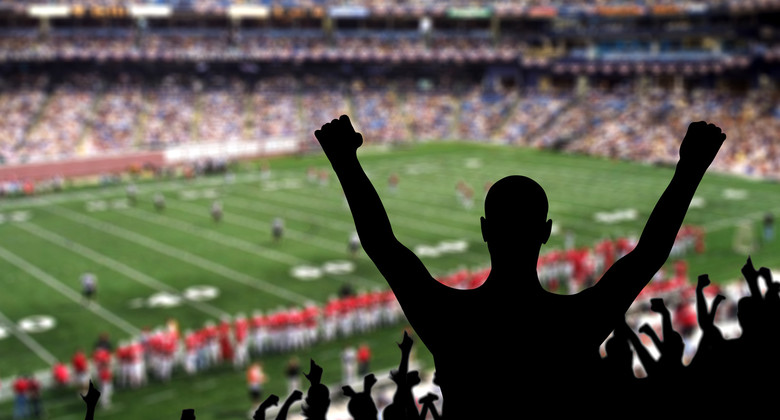 If there’s one thing for sure that unites the states of America, it’s sport! To really make your trip to the USA authentic, be sure to experience the energy that surrounds their national games. To get to the USA as a British citizen, you just need to order your ESTA online before you travel.

When the declaration of independence was signed on July 4th, 1776, the country was a hybrid of cultures, originating from the European settlers and the Native American population. Of course, the USA is still very much a blend of a great number of cultures, but certain traditions and customs have managed to propagate throughout the whole country. Undoubtedly, sport is one of them.

Whilst all countries share a passion for sport, and sport itself being an international unifier of sorts, it’s true that the United States do it their way. Passion, energy and sport culture are one of a kind stateside, and it’s something that connects generations and cultures like no other tradition. Here we’re going to be taking a look at the most popular sports in the USA, and exactly what they mean to Americans.

Football is a highly appropriate place to start, given that it means something completely different to Americans than it does to Brits. Of course, the football we know and love is ‘soccer’ in the States, and American football is a whole other kettle of fish. With 40% of Americans claiming football as their favourite sports, it’s not a bad idea to get your head around it before visiting.

Played with an oval-shaped ball, American football is played between two teams with 11 players on each. As you’re probably aware, the teams’ objective is to get the ball into their opponent’s goal. They can either score a touchdown, by advancing the ball into the end zone of the opponent, or a field goal, by kicking the ball over the crossbars of the other team’s goalposts. The winner at the end is the team with most points. Not too complex, right? A touchdown is worth six points, and grants the scoring team the chance to score an additional point with a ‘PAT’ (point after touchdown), achieved by kicking the ball over the crossbars from a certain spot. A field goal is only worth half as much. In either case, the ball then goes to the other team. Teams can also earn two points with a ‘safety’, whereby the player with ball is tackled in his own end zone.

The game lasts for 60 minutes, and is divided into two halves. Another major difference between soccer and American football is the fact that the latter is very much a full contact sport! Whilst we’re fully accustomed to seeing our footballers cry over a little trip and desperately seek attention, genuine injuries are plenty common in American football. Players regularly get concussion, and are required to wear full face helmets and shoulder pads at a minimum.

The major American football tournament is the NFL (the National Football League), which fully captures the entire country year after year, and culminates in the legendary Super Bowl. This year’s Super Bowl took place on February 8th, and saw the Denver Broncos beat Carolina Panthers 24-10.

Though it is a completely different game, perhaps the easiest comparison to baseball is rounders, in that it is a bat and ball game that sees a pitcher throw a ball to a batter, who then runs counter-clockwise around four bases. Players score runs by getting round all four bases, one by one, or as a ‘home run’.

Baseball is not quite as popular as American football, yet still has a major following in the States. There are two major leagues; the American League and the National League, which both form part of Major League Baseball (the MLB). The winner of each league goes on to compete in the World Series, the most prestigious Baseball competition on the planet.

The two teams that qualify for the World Series play against each other, and the winner is the best out of seven. Only the amount of games necessary to acquire a winner are played. The event always takes place in Autumn (hence it is also known as the ‘Fall Classic’), and last year saw the New York Mets (winner of the National League) play against the Kansas City Royals (winner of the American League). The Kansas City Royals won the World Series, after having played a total of five games, of which they won four. Whilst it is known as the World Series, in no way does it incorporate any countries outside of the continent, and in fact is completely limited to the USA and Canada.

Though it’s played the world over, there’s something quintessentially American about basketball. With two teams of five players each, the game is arguably beautifully simple. Players shoot the ball into their opponent’s hoop, potentially scoring three points if behind the ‘three-pointer line’, or two points if in front of it. On free throws, the maximum a player can score is one point.

Back when the sport was young, basketball hoops were in fact fully sealed. Players would have to climb up to the hoops and poke the ball out to be able to continue play. Eventually, someone had the bright idea to create a hole in the bottom of the hoop, thus allowing the ball to slip through the basket, whilst still allowing everybody to see that a goal had been scored.

Basketball’s major annual highlight is the NBA (the National Basketball Association), which features a total of 30 teams. 29 of these teams are from the USA, leaving just one Canadian team to compete with their southern rivals. The NBA is constituted of 82 games, which take place between October and June on a yearly basis.

Finishing off our first round of American sports, it’s only fair to take a quick glance at ice hockey. This is a sport that is particularly associated with Canada, where ice skating is a particularly common skill on account of the abundance of available ice! Nevertheless, particularly cold regions of the US are also rather partial to the support, which is simply known as ‘hockey’ on the other side of the pond.

We’re generally pretty familiar with the concept of hockey, however it doesn’t quite share the intensity and ruthlessness of ice hockey. Famous for its aggression and fearfulness, what originated as a rather elegant sport certainly has a more brutal side in the States. Although fighting between players is officially not allowed during matches, it is also unofficially condoned on a professional level. It is undoubtedly one of the major appeals of seeing an ice hockey match, so you should be prepared for audience excitement when a minor scrap breaks out between opposing team members.

Before you plan your ticket to witness the NBA, the NHL, the MLB or the NFL, the first acronyms you need to concern yourself with are ESTA and the VWP. The ESTA is the Electronic System for Travel Authorisation, and the VWP is the Visa Waiver Programme. As a British citizen, an ESTA allows you to travel to the United States without a visa for periods of up to 90 days at a time under the Visa Waiver Programme, and is valid for a period of 2 years.

You can apply for ESTA online before you travel, and receive travel authorisation to visit the United States within just 24 hours. The entire process is carried out online, without the need to arrange interviews with embassies or trawl through red tape. The ESTA removes the hassle of applying for a visa, which has always been the traditional route for obtaining permission to visit the States, and is valid for tourists and travellers visiting the US on business (as well as several other specific purposes).

The USA is packed with sport culture and we’ll be covering more of the essentials in the coming weeks. For now, just make sure you have your ESTA authorisation in check and a valid passport, and enjoy your sports tour of this adrenaline-filled country.