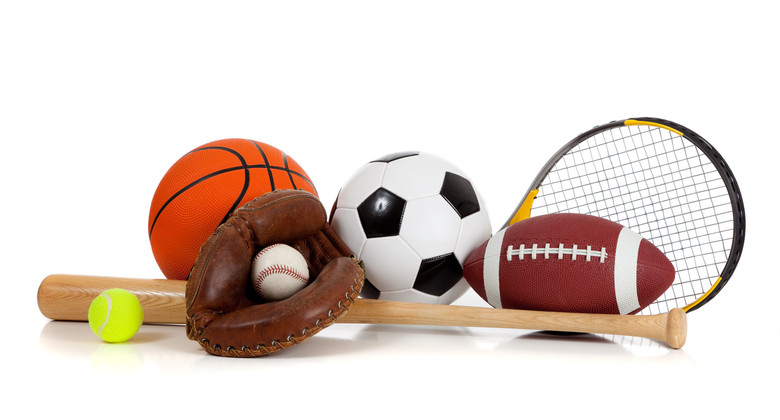 If you are planning a trip to the United States, why not make it even more authentic by witnessing the buzz of American sport in real life.

It’s no news to anybody that sports form a major part of culture in the USA. Not only are they depicted in so many American films, but they are also broadcast live on UK television channels. If you are planning a trip to the United States, why not make it even more authentic by witnessing the buzz of American sport in real life. In order to travel to the USA as a British citizen, you simply need to order your ESTA online before you head off.

In our last sports article, we took a look at the backbone of sport in the USA. Of course, such activities have always been hobbies and passions that have united people both nationally and internationally. They serve as a way of bringing people together over a shared enthusiasm, and that’s why they work so well. People live their lives addicted to the energy that sport brings, and in the USA it’s no different. Of course, as the USA has developed as a hybrid of cultures, a melting pot for people of all backgrounds, sport has evolved in its own special way.

We covered the most popular US sports last time around, perhaps dealing with those that we see and know the most about already. Of course, football appeared prominently (American football that is, as ‘soccer’ is still not quite so popular stateside), and­ we took a look at the significance of the annual NFL tournament – you simply need to watch the Super Bowl once to understand quite how much is riding on the NFL, and to glimpse the aw adrenaline that radiates around the crowd.

Naturally, baseball saw a mention too. Arguably this is the second most popular sport in the United States, behind American football, and whose champions are established through the American League, the National League and the World Series. Countless films have depicted baseball and used it as the focus around which the plot is based, which is perhaps partially why, in the UK, we see baseball as forming a key part of the American lifestyle.

We explored the national love for basketball, with their frighteningly tall players and the annual NBA tournament, comprising 82 games per year. Finally, we headed over to the cold realms of ice hockey, which, naturally, is particularly popular in the colder regions of States with more aggressive climates.

Having covered the NBA, NHL, MLB, and NFL, now we’re back to take a peek at some more sports that the USA hold dearly, but that perhaps aren’t so widely thought of when discussing the idea of American Sport. On your marks, get set…

Riddled with connotations of those who play it, golf can be as energetic as it is relaxing. Perhaps we can partially blame/thank the USA for this contribution. It’s fair to say that, at the least, the USA helped to bring golf into mainstream popularity. That said, it does appear to be slowly losing its appeal, but this may just be a phase.

No longer the bourgeois sport that it once was, the USA is a popular destination for golfers worldwide thanks to its vast lands and, thus, wide range of excellent golf courses. In fact, three of the four most prestigious golf tournaments take place on US soil. The first week of April sees The Masters Tournament tee off in Georgia, followed by the United States Open Championship (or simply, ‘The Open’) in June, in Pennsylvania, and the PGA Championship in New Jersey, taking place in August. The PGA is the most lucrative for the winners, with a prize fund that seems to increase by the year, currently in the millions. Whilst these competitions are for men, the USA also hosts most of the major women’s golf competitions too.

Now, how could we mention American golf without bringing up the name of one of the most successful professional golfers (and one of the highest paid sportspeople) of all time: Tiger Woods. Having won 14 championships, Tiger Woods may have contributed to the popularity of the sport by himself. Nevertheless, his media attention did err slightly away from sport itself in recent years.

Sports car racing is a major event across the world, but the USA seem to do it a little differently. They are particularly passionate about their own national competitions, and don’t have quite as much enthusiasm for international ones. However, owing to the major manufacturing of automobiles in the United States, it’s no surprise that the hobby appeared in its own right.

There are is one race that particularly stands out in terms of sports car racing in the USA. This the Indianapolis 500, an open-wheel race that takes place in May each year. Attended by over a quarter of a million people (spectators, not racers!), this is considered one of the greatest races in the world, and has been taking place since over one hundred years ago.

The National Association for Stock Car Auto Racing, generally known as NASCAR, organises and oversees over one thousand races in the USA and Canada. The popularity of NASCAR’s events is extreme, coming second to the National Football League in terms of television ratings.

Yes, arguably this cannot be labelled as a sport. Nevertheless, as is often the way with the USA, they manage to take something that some people may deem to be rather dull, and add a level of intensity and competition that convert it into a hugely popular sport.

Of course, fishing has very different origins to any of the other sports we’ve discussed so far. Essentially, it’s a form of hunting that originated, and is most commonly practiced, for survival and business. However, fishing enthusiasts compete to catch the biggest fish they can, in a range of competitions and series that take place across the USA (and, indeed, in other countries). Unlike everything else we’ve discussed, perhaps this is not the most invigorating spectator sport!

As with many sports in the USA, volleyball is particularly popular in colleges and universities. However, unlike in the UK, this does not mean its popularity is any less significant or viewed on a national level; college sports are a major element of the sports scene in the States.

Refreshingly, this is a sport that is oriented more towards women than men. Of course, gender equality should be visible in all sports, but it’s true that most of those that we have discussed in this series are generally oriented around male teams and participants.

Volleyball has gained global coverage as an Olympic sport, which has also led to an increased popularity for beach volleyball. Indeed, if you’re strolling down a Californian beach, it won’t be hard to come across a game taking place, or even a free court where you can give it a go yourself.

If you’re a sports fan, then the USA has plenty to offer you in terms of its high levels of energy and adrenaline. Even just going to a sports bar will put you right in the heart of an atmosphere like no other, particularly during the major tournaments. If you’re planning to visit the USA, then don’t miss out on the opportunity of witnessing this for yourself.

Of course, as well as pumped up enthusiasm, you’ll also need to get your travel documentation in order before heading over the pond. As a British citizen, you simply need to apply for ESTA online before you travel. The ESTA is the Electronic System for Travel Authorisation, and it allows citizens of certain countries to travel to the USA under the Visa Waiver Programme. This means that, unlike times gone by, if you are travelling to the USA simply as a tourist or on business, among other motives, you don’t need to go through the lengthy and pricy process of applying for a visa.

The ESTA lasts for 2 years from the moment you are approved, and allows you to be in the USA for up to 90 days at a time (unless your passport expires first, in which case the ESTA is no longer valid). The application process is quick and simple, and simply entails you filling out the online ESTA application form. The whole process takes around ten minutes, and you’ll just need to have your valid passport to hand. Once you’ve applied for ESTA online, you’ll receive an email with your approval status within 24 hours.