Travel Promotion Act of 2009 and it's relation to the ESTA 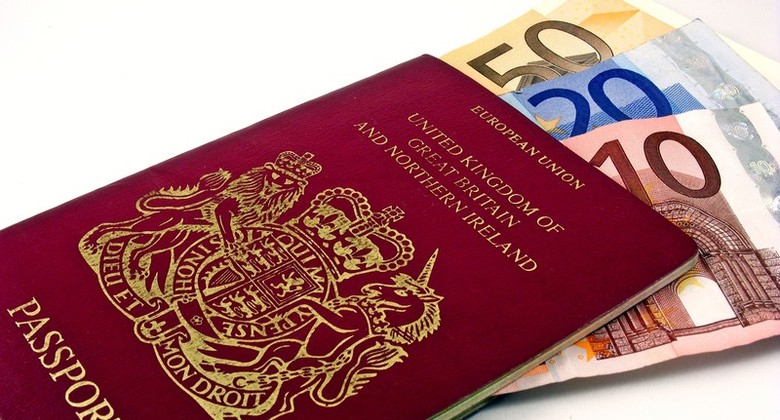 As a British citizen, you can apply to visit the USA as a tourist, or on business, under the Visa Waiver Programme. You may have heard of ‘ESTA’, which is the travel authorisation given to successful applicants, but you may not be so familiar with the ‘Travel Promotion Act’, which was passed in 2009 and signed into law in 2010.

The ESTA and the Visa Waiver Programme have been around quite a while longer than the Travel Promotion Act, but they all work together very closely. The law resulted in the creation of the ‘Corporation for Travel Promotion’. This company is a public-private collaboration, which works to promote tourism to all parts of the country, both within the country and abroad. It now operates as ‘Brand USA’, and works to encourage tourism and sell the image of the USA around the globe. And if you are already planning a trip to the USA, it seems like it’s doing its job!

So why was this act important? Essentially it came at a time when tourism was in decline. Like with many countries, tourism is a hugely important sector in the United States. It accounts for millions of jobs and billions of dollars of income per year; in fact, over the past few years it has accounted for around 8% of GDP and roughly 4% of total employment.

So the end goal of the Travel Promotion Act has always been to promote travel, and a big part of travel is tourism. However, it did not limit itself to this sector. Officially, the intention of the act was to promote leisure, business and scholarly travel to the USA. Whilst tourism was in decline prior to this, the country was also in an economic downturn. For this reason, it was only natural that the USA would want to encourage business and education there too. As part of encouraging this kind of travel to the USA, the Corporation for Travel Promotion was created to communicate US travel policies abroad, so that potential visitors were aware of, a) the fact that it was perhaps simpler and easier than many imagined to visit the USA, and b) the scope of the ESTA and when a visa is required. In any case, one fundamental component of the scheme was to make entry procedures into the USA ‘more efficient and welcoming’.

So here we can see how the Visa Waiver Programme is a key part of what the Travel Promotion Act was designed for. Effectively, leisure, business and scholarly travel are the three best examples of how the ESTA can be used. In terms of leisure, tourists can visit the USA with the ESTA for periods of up to 90 days at a time. When it comes to business, visitors can use ESTA to engage in business meetings, conferences, trade shows, etc. And as for scholarly travel, well this could involve short research trips, or even academic studies, provided they take place over a period of less than 90 days (this 90-day limit remains in place no matter what the travel purpose is).

But back to the Travel Promotion Act, its implementation did involve some controversy, particularly on this side of the pond. Prior to its enactment in 2010, it was actually free to apply for ESTA. However, once it was effective, it was decided that travellers should pay for the ESTA instead, and that a part of this fee could be used to fund the ‘Corporation for Travel Promotion’, or ‘Brand USA’. Of course, from an ESTA applicant’s perspective, the fee is still a huge saving compared to what it would cost to apply for a traditional visa. On top of that, the process is altogether more streamlined: there are no long waiting periods, as ESTA approval is provided within 24 hours, instead of a matter of weeks; and there are no physical meetings in US embassies or consulates, as the ESTA application process takes place entirely and exclusively online. In this regard, the fee for ESTA seems like a perfectly reasonable part of the process. Nevertheless, the European Union in particular was not pleased about it…

The problem with the incorporation of this ‘Travel Promotion Fee’ was that it was not a two-way street. The European Union was critical of it because it does not charge US citizens anything for a visa waiver. In fact, it does not even make US citizens apply for a waiver, they are just automatically granted it. That being said, the border control system is still equally, if not more rigorous in the EU. In this regard, having the ‘pre-vetting’ system of the ESTA application could actually be seen as beneficial for travellers too, as it speeds up the process upon arrival in the USA. But in any case, the fact that the USA was not charging for something that it was getting for free in return was seen as unfair, and went against the principle of ‘reciprocity’.

One argument was that, by introducing a fee for the Visa Waiver Programme, it was effectively like creating a ‘new type of visa’, whereby travellers were essentially paying for the very system that encouraged them to visit the USA. And indeed, this is often the source of a lot of confusion, as many people believe that the ESTA is a kind of visa. But this is not the case: the ESTA is not a visa, but rather a visa waiver. Both systems are forms of travel authorisation, but other than that they are used very differently, and come with whole different sets of procedures and conditions. And so, in response to the new fee, there was talk for a while about introducing a reciprocal fee in the European Union for US citizens, though to date the system has gone unchanged.

And in fact, just by mentioning the term ‘reciprocity’, this touches on a whole other, deeper issue in terms of ‘fair travel’ between citizens of the EU and citizens of the USA. Essentially all US citizens are entitled to travel visa-free to the European Union, whereas not all European Union citizens can travel visa-free to the USA. This is because there are still a few countries in the EU that are not part of the Visa Waiver Programme, as they are not deemed to meet its requirements.

In a nutshell, this is what the Travel Promotion Act of 2009 is and how it has affected the Visa Waiver Programme over the past few years. It should also be pointed out that it has indeed been successful in promoting travel, and tourism certainly recovered from its slump during the recession. But most importantly, it has only made it easier for citizens of Visa Waiver Programme member countries to visit the USA, if for no other reason than building awareness of US travel policies and the ESTA.

To apply for ESTA, all you need to do is fill out an online form, providing your passport details and answering a few questions. Once you submit the form, you will receive an email within 24 hours informing you of your approval status. As soon as you receive your ESTA approval, you can travel to the USA for periods of up to 90 days at a time, and your ESTA will last for two years, or whenever your passport expires (whichever comes first).

So, why not kick off the new year with your own American adventure?