Thanksgiving in the USA with ESTA 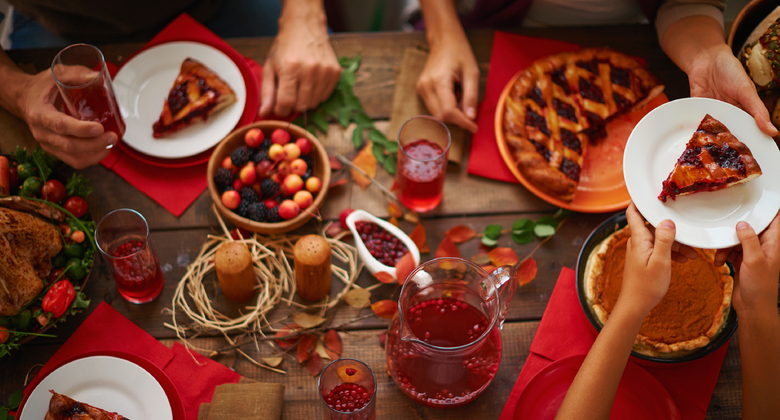 That magical time of the year is upon us as we’re fully immersed in the Autumn; it is time to start preparing for Thanksgiving! Although it is always a good time to demonstrate gratitude, carving out a specific day (as well as a turkey) to do so helps set not just a reminder on the calendar, but also enables friends and family to plan ahead and get together, in order to celebrate whatever luck we’ve had in the past year.

This year, Thanksgiving will fall on Thursday 22 November in the USA, which means you’re still in time to apply for ESTA and book a last-minute flight to experience it for yourself! But what’s it all about?

Thanksgiving was initially conceived as a way to give thanks for the blessings that the harvest brought from what was sowed the preceding year. Despite the fact that Thanksgiving has historical roots in both religious and cultural traditions, it has long been celebrated as a secular holiday. As Thanksgiving is an inclusive holiday, it doesn’t matter what country or religion you’re from, everyone is invited to get together and celebrate, voicing the positive qualities in their lives. And of course, they feast together on a delectable and vastly varied smorgasbord of treats.

Take note that Thanksgiving Day is a national holiday that is not only celebrated in the United States but also in Canada. As usual, celebrations between these two bordering countries are similar; the same in some ways, but different in others. Thanksgiving is a movable feast that is held on the second Monday of October in Canada, but is celebrated on the fourth Thursday of November in the United States.

The origins of the holiday date back to 1621 in what is now Massachusetts. A group of English pilgrims, the story goes, were so grateful over the plentiful harvest of that year that they decided to share a feast with a tribe of Native Americans. This first Thanksgiving took place in October (the exact date is unknown, which is why the date is movable) and lasted for about three days, filled with feasting and merriment. Because there was much dispute over the exact date of Thanksgiving, as it varied from state to state, in 1863, Abraham Lincoln finally set a date for the holiday in which everyone could celebrate the holiday together across the entire United States.

Because the way the holiday is currently celebrated is secular, different folks have different rituals; anything goes. While some people choose to gather with their family and friends to eat and drink, for others Thanksgiving is synonymous with watching American football. Virtually every level of football, be it amateur, high school, college or the NFL (including the CFL on Canadian Thanksgiving), will be playing a game on either Thanksgiving Day (Thursday) or the holiday weekend that immediately follows it (Friday, Saturday and Sunday). This is famously much to the chagrin of the designated Thanksgiving chefs who must toil in the kitchen and miss out on the games.

Some of the larger cities hold massive, state-funded parades, complete with floats, beautiful brass marching bands and enormous inflatable balloons that are driven down the major arteries of the city. One such parade is Macy's Thanksgiving Day Parade which is held every year in New York City. The parade is organised and set out by U.S.-based giant department store Macy's. The first Macy’s Thanksgiving Day parade took place in 1924, which ties it for the second-oldest Thanksgiving parade in the US, along with the Thanksgiving Parade in Detroit. The oldest one is four years older and takes place in Philadelphia. While every city will have something for travellers into the US to see, the three-hour Macy's parade is arguably the most spectacular, in the literal sense of the word. The event is held in Manhattan and starts at 9am Eastern Standard Time on Thanksgiving Day. The event is so anticipated by the entire American population that it has been televised nationally on NBC since 1952.

Taking part in Macy’s parade is a great honour, and places are highly coveted. Some of us will remember the Seinfeld episode, "The Mom and Pop Store’, in which Elaine wins a spot on the Thanksgiving parade route for her boss, Mr Pitt, to hold the Woody Woodpecker balloon, something he was not allowed to do as a child. Similarly, one of the first Thanksgiving episodes in the popular series Friends is also centred around the accidental release of the ‘Underdog’ balloon. While in reality these accidents rarely happen, there have definitely been a few occurrences of balloons gone astray, but the many safety measures put in place mean that you’re very safe should you and your family decide to partake in the parade. The employees at Macy's department stores have the extra perk of being able to march in the parade every year.

If New York is not your cup of tea, you can still view some of the parade’s highlights in Florida! In 2001, Macy's Studios partnered with the Universal Orlando Resort. To maximise the event displays (mainly the giant balloons and floats), these are taken from New York City to the theme park in Florida right before every holiday season. The event in Florida is called the Macy's Holiday Parade and takes place during various days in November and December every year. The event includes the iconic and much-loved Santa Claus float. Performers from the Orlando area are also cast as various fun-loving clowns.

Not a fan of large crowds? You can still enjoy Thanksgiving Day by partaking in the plethora of feasts across the country. The typical centrepiece of a Thanksgiving meal is a perfectly roasted turkey. Being such a large bird, there is always enough of a choice between the white (which many find too dry) or the dark meat. But one thing is for sure, turkey meat is nothing without its trusty companion, the cranberry sauce. The turkey is generally previously brined and basted before being baked in the oven for a long time at a low temperature, ensuring that the meat falls off the bone. For a dazzling effect, the bird is brought out to the dining table and carved before the dinner guests. Perfectly carving a turkey is a real feat and being allowed to carve the bird is not just a great responsibility, but also an honour.

Are you a vegetarian or is turkey simply not your thing? Fret not, the variety of side dishes that the bird is served with will give you more than plenty of choice; enough to send you into the postprandial bliss known as the 'Thanksgiving meal food coma’. Side-dish choices include but are nowhere near limited to a variety of dishes such as sweet mashed potatoes, Brussels sprouts, stuffing, and mouth-watering gravy to glaze your plate. And just when you think you’ve had enough, fill your plate with a slice of blueberry, apple, pumpkin or the iconic pecan pie (or all of them).

Autumn is one of the nicest times of year to travel to the US, for Thanksgiving or otherwise. The changing leaves, the crisp air, and everything pumpkin spice. It is also a great time to find some last minute deals. The easiest way to get to the United States if you are from a Visa Waiver Programme qualifying country is by acquiring an ESTA, instead of filing for a more cumbersome visa. ESTA stands for the "Electronic System for Travel Authorisation", and getting one allows you to visit the USA for up to 90 days at a time, without the need for a visa. Applying for the ESTA is an easy endeavor that can all be carried out online, which makes life a lot easier as applying for a visa requires applicants to get an official appointment at a US embassy or consulate, among other time-consuming steps. After answering the list of ESTA questions online, you will automatically receive your approval status at your given email address within the next 24 hours. ESTA does not just make the application process a lot easier and more accommodating to our busy schedules, but also means you can save money for your upcoming trip, as the cost of an ESTA is substantially less than that of a US visa.

It is important to note that the US ESTA lasts for two years, or until your passport expires (whichever comes first), so do check your passport if you believe your ESTA is still valid. Once your application is approved, you will be permitted to travel to the United States (mainly as a tourist or on business), although the ESTA is also valid for a few other exceptional travel purposes such as short-term study, transit travel or medical procedures.