Catch a taping in the USA 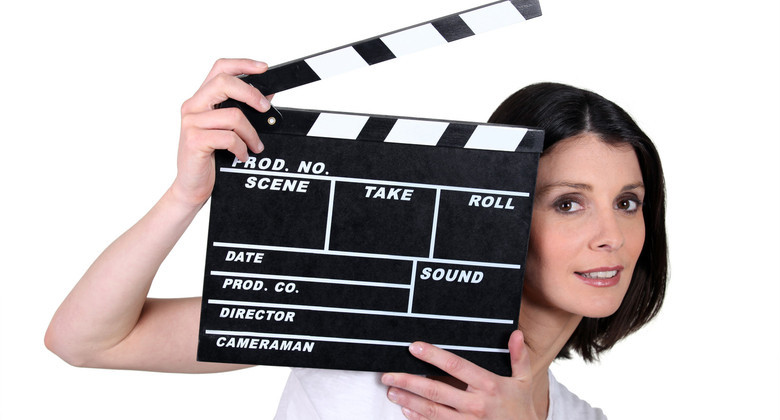 Particularly if you’re going to one of the main television industry hubs in the USA, (i.e. Los Angeles or New York), going to see a live filming of a television show is a cheap (free) and popular option on the list of tourist activities. With ESTA, you can travel to the USA without a visa, for tourism or for business, for periods of up to 90 days at a time.

There’s something iconic about US sitcoms, with often what sounds like canned laughter at all-too-frequent intervals. However, that’s not always the case; when sitcoms are filmed, there is normally a live audience there, who are simply told when to laugh/boo/chuckle/aww, etc. The canned laughter (also known as fake laughter) is normally only used when necessary; if the real laughter on the day did not go on long enough, or was too quiet, etc. Interestingly, to record canned laughter itself, audiences of ‘professional laughers’ are invited to productions, so that their expert laughs can be captured on tape.

Anyway, that’s beside the point. The point is watching a live taping is a fun experience, and productions in LA and New York are always in search of audience members – tapings take place every day, and they need that audience to be full! For this reason, tapings are free to attend, and sometimes you will bump into production staff actively looking for tourists to invite to their shows in the street.

Of course, you could always go and see a taping in London, or elsewhere in the UK, but there’s something unique about American shows. Take their late night talk shows for instance (which, we are sorry to tell you, are actually pre-recorded in the day time, often more than one at a time). These shows are so stereotypically American, that watching them live can be a real experience and a great day out – not to mention it’s a guaranteed way to see random celebrities in the flesh (just in case you don’t pump into George Clooney in Starbucks).

To get tickets to see live tapings, nowadays you can just go on the website for the show or the network and apply for tickets. If you want to guarantee a taping, it’s a good idea to do this a good few weeks in advance of your trip, but there are often ‘standby’ tickets available right up to the day of the taping itself (depending on the show). In this case, you’ll need to find out where to queue and try to get in the line as early as possible.

When you have your ticket, you need to arrive in plenty of time, as the audience has to be 100% ready by the time the ‘talent’ comes out. Checking in to a taping is similar to checking in for a flight, as you will need to go through security, metal detectors, and might have your bags checked. Even when you leave, you may be asked to show your camera so that they can be sure you haven’t filmed any of the show yourself. You can take mobile phones with you, but they have to be switched off (logically) for the taping itself. Other than that, there are normally policies in place about what you have to do with any bags.

Whilst the filming itself may only take one or two hours, the whole process will take about three or four hours, so it might be wise to bring water and snacks (however a lot of tapings don’t allow this, so be sure to check, and if not, make sure you don’t go in hungry or thirsty!). You will normally be asked to follow a dress code, which is generally dark clothing with no logos; you mustn’t forget this, as they might not let you in if you don’t follow it, and they certainly won’t show you on the TV! Besides, the more ‘television ready’ you look, the more likely you are to get a front row seat. Check the dress code for each show individually, as they do vary.

To give you an idea and perhaps some inspiration for your next trip to the USA, here are some of the most popular shows to watch tapings for, with links to how you can get tickets:

Filming in the legendary studios at ’30 Rock’ (30 Rockefellar Plaza) in Manhattan, the Tonight Show is one of the nation’s favourite late night TV shows. You can apply for tickets on the NBC website.


The Late Show with Stephen Colbert

Taking over from David Letterman, the Late Show with Stephen Colbert is another institution of American television. Filming at the Ed Sullivan theatre in Manhattan, this is another popular option in New York due to its central location and famous guests. You can get tickets here.

This is the only show here that’s not a talk show, but it very much has its fair share of the national audience on a Saturday night, and has done for decades. Like the Tonight Show Starring Jimmy Fallon, Saturday Night Live also films at ‘30 Rock’, and you can find out about how to get tickets here. Bear in mind that, given the high demand and the fact that the show has series and only airs once a week, it’s not always so easy to get tickets for SNL, and they currently run a ‘lottery’ system.

With a studio located at 6840 Hollywood Blvd (directly across from the Dolby Theatre and Hard Rock Cafe on Hollywood Blvd), this is very convenient for tourists in Hollywood (and most of the audience will inevitably be tourists too). You can get tickets here.

Having surprised everyone in Britain, James Corden is now one of the most respected and well-liked talk show hosts in the States. His ‘Late Late’ show films at CBS Television City, 7800 Beverly Blvd Studio 56. You can apply for tickets here, and be sure to tell them if you have any interesting, television-worthy talents for a greater chance of getting your 15 minutes of fame!

Having presented many late-night talk shows throughout his career, Conan O’Brien’s latest show is simply called ‘Conan’, and films at the Warner Brothers Studios in Burbank (perhaps a little further out than many of the tourist spots in LA, but still an easy drive). You can get tickets here.


A couple of extra things to take into consideration with these tapings is that guests normally have to be at least 16, or in some cases 18 years old. Also, given that the studios need to guarantee that they have a full audience, and that because the tickets are free many people don’t actually show up, these programmes normally overbook their tickets – for this reason, you are not guaranteed entry, but you would be very unlucky if this did happen.

And the options we’ve listed above are just a small range of popular taping to go and watch in the USA. There are many, many series that run for a set period during the year, such as TV contests, as well as a whole range of sitcoms, and even pilots that haven’t been commissioned yet. You can find out more information about specific shows simply by visiting the show’s website and searching for tickets.

Of course, television tapings aren’t for everybody, and if you’re visiting either of these cities as a tourist, you will be overwhelmed with activities, things to see and places to go while you’re there. The only thing that you have to plan in advance is your travel authorisation. As a British citizen, you can apply for ESTA online, and, if approved, travel to the USA for periods of up to 90 days at a time under the Visa Waiver Programme. This is a much quicker, simpler and cheaper alternative to getting a US visa, and the application process is entirely online. You simply fill out an online form, and you’ll receive your ESTA application status by email within 24 hours. The ESTA lasts for two years once approved, during which time you can make as many return trips to the USA as you choose, as long as you’re always complying with the conditions of the Visa Waiver Programme.