Security measures and ESTA when travelling with a laptop 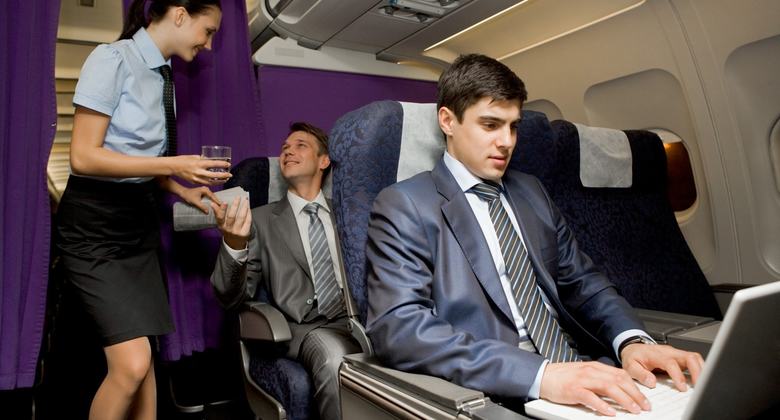 Thanks to portability and an increasingly digitized world, more and more passengers take their laptops with them when travelling abroad. There has been a lot of discussion about laptops on flights recently, so here we will clarify what’s going on and what you need to know. Remember, if you are travelling to the USA as a British citizen, the first thing you will need to do is make sure you have a valid ESTA. We’ll come back to this, but first of all let’s look at the measures in place regarding laptops.

Earlier in the year, a controversial ban was implemented on passengers bringing laptops onto flights to the USA. Specifically, the ban was in place for those travelling on flights from a select group of airports in the Middle East and North Africa, whereby such passengers would need to check their laptops in as part of their hold luggage.

In the months following the ban’s implementation, there were rising expectations that the ban would be expanded to cover all territories. Thus, instead of just being focused on flights coming in from the Middle East and North Africa, there was a fairly high possibility that the ban would go on to affect all flights coming into the USA from abroad. Indeed, the ban had already had a more global effect, given that the United Kingdom adopted very similar measures whilst all this was being unveiled. However, after the ban was rolled out across four months, it was eventually lifted in July.

The lift of the ban was somewhat surprising, but essentially came as a result of an alternative solution. Shortly before it was stopped, Washington announced enhanced security measures regarding the screening of laptops, electronics and potential explosives. Essentially, an alternative decision was made to try to prevent the so-called ‘laptop ban’ from expanding. Instead of imposing further restrictions, the new security measures are based on more comprehensive screening.

Who does this affect?

Around 2,000 commercial flights from abroad arrive in the USA each day. These flights come from 105 countries, carrying around 325,000 passengers in total. These new measures will affect all of these flights.

From the passenger’s perspective, the only real difference is that there may be longer waiting times in security. Enhanced screening means it will take slightly longer, and thus queues can build and it can get a little frustrating. Nevertheless, there have been no significant reports of major delays or issues in implementing these measures so far.

Nevertheless, the fact that screening times have increased has been controversial in itself. We recently discussed other potential measures aimed at specifically reducing screening times and streamlining the traveller experience. Is it not counterproductive to start disrupting the screening process?

In particular, we have recently seen the introduction of biometric screening in certain airports. This is something that the USA is seriously developing, with an aim to reduce the need for certain documentation, whilst increasing the availability of digitally-stored passenger information. Elsewhere, 3D scanning is being explored as a way to scan passenger luggage quicker. With 3D scanning, travellers would no longer have to remove their liquids and laptops when going through security. The benefit of these measures is that they enhance security and smoothen out the passenger experience simultaneously.

While we are increasingly seeing efforts focused on reducing waiting times and speeding up the security process, these enhanced electronic screening measures may seem like a step backwards. However, to understand them we need to look at the bigger picture. Obviously, security is the number one priority, so it’s no wonder why screening methods are being improved. But why was the initially expected laptop ban not a better option?

Of course, many travellers want to have their valuables and electronics with them when they travel, and not in with their hold luggage. Indeed, some people like to get some work done on their laptops during the flight, or watch their own films, etc. Business class passengers are the ones who are most likely to get work done on their laptops whilst flying, and they are also paying upwards of twice the price for their airfares. So, on the one hand, implementing a worldwide ‘laptop ban’ would have been a major deterrent for travellers. At the same time, the screening process still entailed extra work; security staff needed to ensure that laptops were not being carried in hand luggage on flights to the USA.

And so, these enhanced screening measures are something of a compromise; they are a way of achieving the same objective as a laptop ban without having to implement one. There is, however, still the possibility that certain airlines will not comply with these new measures, in which case they will probably be required to enforce in-cabin restrictions on electronics.

What are the rules now?

Having discussed the new measures, it may not be particularly clear what the policy is now on taking laptops on flights into the USA. So, let’s clarify what the TSA (the US Transportation Security Administration) says and what they recommend.

First of all, and perhaps surprisingly, the TSA recommends that passengers carry their laptops in their hand luggage and not in their checked luggage. This is essentially due to the greater risk to your laptop when it is placed in the hold. Bear in mind, the weight of several other bags could push down on your bag when it is in the hold, representing huge amounts of pressure on your electronics. When this is combined with low temperatures and high altitudes, there is a significant risk of your screen cracking, or worse, when it is placed in the hold.

Despite these recommendations, the TSA also recognizes that carrying your laptop with you on board will increase screening times. And so, there are certain guidelines as to how travellers can increase efficiency when going through the airport with a laptop.

One recommendation to smoothen out your travels is to have a TSA-approved laptop bag. Specifically, the "butterfly-style", "trifold-style" and "sleeve" laptop bags are all considered to be TSA-friendly, meaning that they do not have to be removed from their cases when passing through security. This is because they all offer an unobstructed view of the laptops when passing through the scanners. Nevertheless, with the exception of the sleeve style, all of these bags need to be open when they go through the scanner.

This being said, whether or not your laptop can be scanned in its case or not, it must still be placed separately from your other belongings. This means that it needs to go in its own tray when going through security. If it needs to be removed from its case, then the case must be in a different tray to the laptop.

Your laptop does not need to be in your piece of carry-on luggage. Something that travellers are often unaware of is the fact that they can travel with a piece of carry-on luggage and one extra item. This means that you could have a normal carry-on sized bag as well as a laptop case. This is useful to know as it means you can always have your laptop more accessible to you, whilst increasing precious space in your carry-on bag.

One thing that has not changed as part of these security measures is the type of travel authorisation needed when visiting the USA. For British citizens, and citizens of all countries that form part of the "Visa Waiver Programme", there is no need for a visa when travelling as a tourist or on business. Instead, they can apply for ESTA online: ESTA works as an alternative to a visa, allowing its holders to spend up to 90 days in the USA during any one trip, provided they are tourists or on business (as well as a few other specific travel purposes).

To apply for ESTA online, applicants simply fill out an online form. The form takes around ten minutes, and travellers will need to provide their passport details at the same time. Within 24 hours of completing and submitting the form, an email confirmation is sent to the applicant, which will say whether the ESTA application has been approved, denied or is still pending. The vast majority of ESTA applications are approved almost instantly.

From the moment this approval email is received, the ESTA is valid for a period of two years. Alternatively, the ESTA will expire when the holder’s passport expires (whichever comes first). This means that the traveller can visit the USA multiple times during this two-year period with the same ESTA, provided that none of these visits exceed 90 days.

For British citizens travelling to the USA with ESTA, travelling with a laptop is much the same as it is when travelling around Europe. Follow the TSA guidelines outlined above to ensure that the process is quick and easy when going through security, and bear in mind that the same restrictions on liquids apply.