What you need to know about the updated travel ban 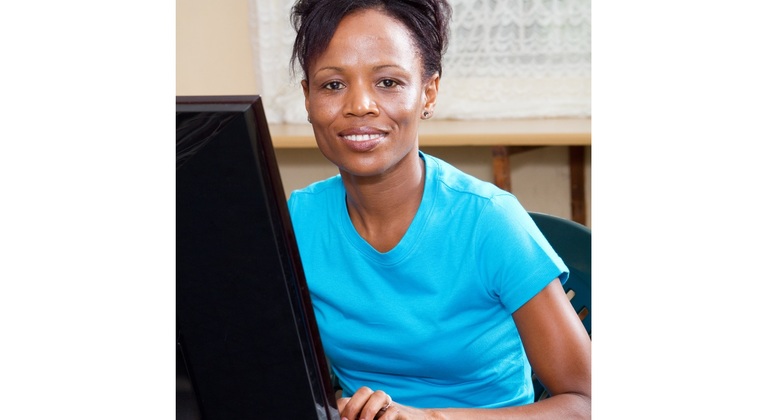 As of 18 October, new US travel restrictions will be added to those currently in force, as part of the ‘travel ban’ that has been implemented throughout the year.

Citizens of countries that are part of the Visa Waiver Program will not be affected by these new measures, but it is important to take them into account if you are a national of any of the countries included in these restrictions.

This is the third time President Trump has rolled out a travel ban in the United States. The first attempt came in January, targeting seven countries with a majority Muslim population, along with refugees in general. Federal courts around the country blocked this ban, which initiated the course to the second ban in June this year.

In June, the ban softened slightly, but still had a very similar focus. Iraq, which had previously been one of the restricted countries, was no longer included in the ban. The remaining six countries were still included, however the executive order stated that it would allow people from Iran, Libya, Somalia, Sudan, Syria and Yemen with ‘a credible claim of a bona fide relationship with a person or entity in the United States’ to travel there.

It was not initially too clear what was meant by this concept of a "bona fide" relationship with somebody or something in the country, however the authorities tried to clear this up. Essentially, a close family member would classify it as a good enough tie with the country to be exempt from the ban. Nevertheless, this only really meant very close family members; parents, parents-in-law, spouses, children, adult sons or daughters (including in-laws), and siblings (including half and step siblings). Other family ties, such as grandparents or even fiancés, do not classify as ‘bona fide’ ties, as they do not correspond with the definition of "family" included in the U.S. Immigration and Nationality Act.

Much of the controversy that came following the announcement of the second ban was based around this muddy definition of "bona fide" relationships with people. In many of the affected countries, it is perfectly common for somebody to be brought up by an aunt or uncle, or grandparent, for example. As a result, many deemed this limitation to be unfair.

For relationships with entities in the USA, this is specifically referring to educational or professional institutions. In order to prove this kind of relationship, travellers from countries included in the restrictions needed to present formal, written evidence of this. All in all, the restrictions that came as part of the second ban were looser than those of the first, and did grant some leeway to people who had obvious and justified reasons to be in the United States.

That was the second ban, implemented in June. Other than the lifted restrictions on Sudan, this is all still in effect. The Supreme Court is set to hear arguments on the legality of the order in the coming term, on 10 October. After having had about four months of challengers developing arguments against the ban, the recently updated order may complicate the matter. As a result, the Supreme Court’s ruling may well be delayed.

Still in the wake of the second executive order, the timing of this update could be relevant. The renewed order was issued just as the temporary limit on visa issuances was nearing the end of its 90-day validity. The 120-day freeze on limited refugee admissions is set to expire at the end of October. It is yet to be seen whether the Trump administration will seek to extend these measures, but we will presumably find out very soon as the deadline to establish the refugee limit is 1 October.

So why have Venezuela, Chad and North Korea been incorporated into the ban? With the latter, it is perhaps pretty unsurprising. Tensions have been continually rising between the USA and North Korea, and we cannot be too shocked that this ban has put into place. Nevertheless, it will come as no surprise that not many North Koreans visit the USA as it is. According to the White House, North Korea did not cooperate with the USA "in any respect" and failed all requirements.

For Chad, the ban comes as a result of intelligence sharing. The sharing of intelligence is a huge part of travel regulations in general and a big factor in Visa Waiver Program reciprocity. One of the conditions for becoming a member of the Visa Waiver Program is a commitment to share passenger information with the USA. The US acknowledges that Chad plays a significant role in counter-terrorism, but said that it does not share the required terrorism-related information with the country, along with other public information. Whereas with North Korea nobody is allowed to enter the USA, with Chad the ban specifically suspends B1 and B2 visas for its nationals (tourist and business visas).

The case is somewhat different for Venezuela, as the ban will not affect the general public. The White House have said that Venezuelan authorities have failed to cooperate with US officials in ‘verifying whether its citizens pose national security or public-safety threats’, so on the surface this looks somewhat similar to why citizens of Chad are being affected. However, in this case, the ban will only be implemented by Venezuelan government officials. In particular, officials involved in state security, law enforcement and migration will be banned from entering the USA. Along with the officials, their direct family members will also be subject to this ban. In terms of the general public, no specific restrictions have been specified. Instead, the Trump administration has simply said that they will simply face "appropriate additional measures to ensure traveller information remains current."

Nevertheless, in all of these cases, a diplomatic visa will always override the ban. Therefore, any Venezuelan official who has a diplomatic visa in order to attend a UN meeting, for example, will still be granted entry into the country.

Unlike previous executive orders that President Trump has issued regarding travel bans, this one does not seem to be quite so targeted at majority Muslim countries. That said, opposing groups are still saying that it is still a "Muslim ban" in disguised form. Another difference is that this ban does not mention any time frames or limits to the restrictions in place. As this ban merges with the one issued in June, Washington will surely undergo a period of confusion and scrutiny for a while.

In any case, as we mentioned right at the top of this article, these updated travel restrictions should not have an impact on people travelling under the Visa Waiver Program. This program allows citizens of 38 countries to travel to the USA without the need for a visa. Instead, they can simply apply for ESTA online, which gives them the right to travel to the USA for periods of up to 90 days at a time on business or on vacation. The 38 countries that form part of the Visa Waiver Program are selected as a result of being . (high-value, low-risk), and also thanks to the fact that they share all required information with the USA. Because of this, travellers are automatically vetted via the "Electronic System for Travel Authorization"’ (i.e. the ESTA).

However, it is of course possible to have an ESTA and be a dual citizen of Venezuela, for example. In this case, the ESTA will still be 100% valid, but you may be subject to a slightly more comprehensive vetting process upon arrival in the USA. As long as you have an ESTA, you are always entitled to travel to a US port of entry (i.e. the airport), at which point it is always down to a Border Patrol Agent to make the final decision regarding your entry into the USA.

Although travel restrictions are continually changing in the USA, there has been no sign or indication yet that the ESTA or the Visa Waiver Program will be affected. Essentially, it is a program that benefits citizens of all countries involved, including the USA. For this reason, even if the process becomes more rigorous later down the line, it is very much a valuable initiative that will continue to be protected.