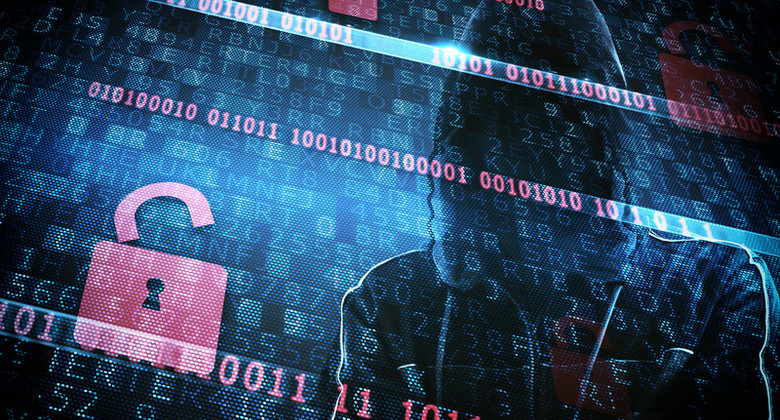 The Visa Waiver Programme allows citizens of 38 countries to apply for ESTA online. ESTA is the Electronic System for Travel Authorisation, and serves as an automated screening system to provide applicants with quick authorisation to visit the United States without the need for a visa. If approved, these citizens can visit the United States for up to 90 days at a time.

The reason the Visa Waiver Programme exists is to make it easier for travellers from countries that are deemed ‘high-value, low-risk’ to travel to the country. For it to work effectively it needs to be airtight, and the USA needs to know exactly who is entering the country through the programme. As a result, this passport fraud represents a serious concern for Hungary’s future in the Visa Waiver Programme.

Reports state that some 700 non-Hungarians were able to acquire passports and take on the identity of their true holders when crossing borders. Of these 700 people, 65 have been said to enter the country with ESTA, and almost half of them have remained in the country despite efforts to locate them. Naturally, the concern lies in why they would disguise their identities when travelling to the United States. The most common reason would of course be illegal immigration, but the risk of seeking to involve in organised crime, drug smuggling or terrorism is a very serious one. The security threat posed by this kind of passport fraud is a huge issue for the Visa Waiver Programme, and for the USA as a whole.

So how were these criminals able to purchase authentic passports?

This goes back to a scheme put in place by Hungary’s prime minister, Viktor Orban, back in 2011. Part of Orban’s political strategy was to try to connect with the Hungarian diaspora who left the country and spread across Europe following the World Wars. To do so, he made it possible for ‘ethnic Hungarians’ not living in the country to obtain citizenship quickly and easily. Applicants simply needed to demonstrate that they spoke the Hungarian language, and that they "plausibly had a Hungarian ancestor." Some reports say that they just needed to know a few sentences to prove knowledge of Hungarian, and that corruption among officials led to applicants being able to falsify documents attesting to Hungarian ancestry.

Given that Hungary is a member of the European Union, a Hungarian passport is highly appealing to ethnic Hungarians living in countries with more stringent visa requirements for visiting Europe and beyond. In this case, Hungarian citizens are able to apply for ESTA and travel to the USA without a visa, making the passport particularly appealing to those wanting to get to the United States. For example, there is a significant diaspora of Hungarian descendants in Ukraine and Russia, neither of which are member countries of the Visa Waiver Programme.

Since 2011, over a million people have acquired visas through this scheme. Of course, the vast majority of these applications were completely valid, and 700 out of 1,000,000 may not seem like a huge number. However, it still represents a security breach for the United States.

And the two countries have had an interesting relationship prior to this information coming to light. Viktor Orban is a major opponent of migration in the EU. He also supported Trump’s presidency, and the two share a few traits in terms of their hard-line decision making, ideology and stance on migration. Orban even ordered a fence to be built during the migration crisis to prevent people getting in to Europe through the south of Hungary; striking a notable resemblance with Trump’s wall. Since Trump came in to power, Orban has been adamant to ‘mend’ certain political differences between the two countries. Indeed, Orban has also been praised from within the Trump administration. The issue posed by this level of passport fraud is undoubtedly a catalyst for tension between the two countries.

So what does this mean for the Visa Waiver Programme?

It goes without saying that the USA cannot put up with any potential risks to its national security. The Visa Waiver Programme needs to maintain it well-founded reputation as a secure system. As it stands, there are already concerns for the programme, given the threat of terrorists with EU nationality (and thus able to apply for ESTA, for the most part).

Back in October, the USA downgraded Hungary’s status on the Visa Waiver Programme to ‘provisional’. The warning insisted that an action plan be drawn up within 45 days. Though it is not clear what has been done to tackle the problem, this provisional status certainly rings alarm bells for Hungary. It is perfectly possible that a failure to address and prevent this level of passport fraud will result in Hungary’s removal from the 38 member states of the US Visa Waiver Programme.

This goes to show that the status of a Visa Waiver Programme member country is not permanent. In fact, membership in the programme is continually renewed. Certain parameters need to be maintained, such as low passport refusal numbers and overstay rates. Political issues and human rights issues also factor in to the decision as to whether a country can become or remain part of the VWP.

However, it is not such an easy decision for the USA to remove Hungary from the programme. The US is already under pressure to accept Bulgaria, Croatia, Cyprus, Poland, and Romania into the Visa Waiver Programme. This is because these five countries are the only EU member states to not be allowed in to the US programme. This is an issue, because "visa reciprocity" means that all EU countries should have similar rights in terms of travelling to the USA as US citizens travelling to the EU. In other words, a US citizen can travel to Bulgaria, for example, without a visa, but a Bulgarian citizen needs a visa to enter the USA. This has already proved problematic for years, and the European Commission is putting real pressure on the US to rectify this lack of reciprocity. If the USA were to remove Bulgaria from the Visa Waiver Programme, this would only exasperate this issue, which is already on thin ice.

The problem of passport fraud is certainly not restricted to Hungary. There have also been many reports of migrants from the Middle East and Africa purchasing EU passports in other countries. This represents the same security issue for the United States with respect to the Visa Waiver Programme, and thus it seems that tackling the issue with Hungary will not be enough to seal the reliability of the programme; the US will undoubtedly be looking for stricter ways to ensure the robustness of ESTA and the VWP in the coming months and years.

For the time being, the ESTA application process is unchanged. Given that the UK is a member of the Visa Waiver Programme, British citizens can apply for ESTA online and receive their approval within 24 hours via email. The application consists of a range of simple questions, and travellers need to provide their passport details when applying. All in all, it takes around ten minutes to complete and submit.

The ESTA allows British citizens to visit the United States as tourists or on business, for up to 90 days at a time, avoiding the need to apply for a traditional US visa. Once approved, the ESTA is valid for two years, or when the applicant’s passport expires (whichever comes first). This is due to the fact that the ESTA is directly linked to the passport used when filling out the application. If you renew your passport, your ESTA is no longer valid. Though the ESTA cannot be renewed, you can apply again by following the same procedure as before.

Throughout the history of the Visa Waiver Programme, the process for entering the United States has developed and adapted to global issues. And as the programme grows and gets older, it also gets stronger, in that the automated system can cross-reference a greater number of international databases, with more thorough information on those applying or ESTA. Though it may become more stringent in the coming years, its purpose of being a simple, streamlined method to travel to the USA will still remain one of its foundations.


Travelling to the United States? Do you have your pre-planning checklist in order? Visit our ESTA Guide for more information about obtaining your travel permit. We'd love to hear from you. Send us your comments or questions for travel assistance.