The Story behind the Stars and Stripes 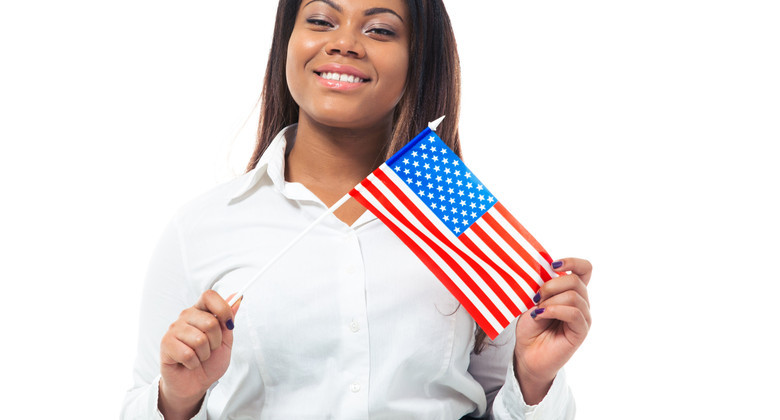 If you’re planning a trip to the USA, as a British citizen you’re eligible to apply for ESTA online, which allows you to visit the USA without the need for a visa. And as part of your preparations, why not find out a little about the oh-so-emblematic national flag?

Could you picture the US flag with your eyes closed? Probably, more or less. But would you be able to draw it from scratch, with no reference? Hmm, perhaps not (granted – England has it a little easier). Do you know the nooks and crannies of the story that led to its design?

Well, many of us would never have seen any variation to the current US flag, which has been left unchanged since 1960. Two years earlier, a 17-year-old student named Robert G. Heft submitted this design as a high school class project, for which his teacher awarded him a B- grade. Thankfully, Heft’s teacher included a condition that, if the design were approved by the president to become the official US flag, then the grade would be changed to an A… Perhaps he just about managed to save face here. That said, and call me a sceptic, but the present design does not seem much different to the one that preceded it… or the one before that… or the one before that, etc.

So the key difference in how the flag has evolved since 1777 is the number of stars in the corner. The first version, also known as the Betsy Ross version, had 13 stars and 13 stripes. In a nutshell, this is because the country began as 13 colonies, and as soon as the country became independent from the USA, these colonies became states.

The stripes of the flag represent these colonies, all of which were on the east coast, which is perfectly logical if you think about where the Europeans were coming from. The colonies were New Hampshire, Massachusetts, Connecticut, Rhode Island, New York, New Jersey, Pennsylvania, Delaware, Maryland, Virginia, North Carolina, South Caroline and Georgia. You can see that there are seven red stripes and six white stripes, which combine to represent the thirteen founding colonies. Since 1777, the flag has changed countless times, and there have even been multiple versions simultaneously, as the new states of the union slowly started to fill up the blue box in the corner (also known as the "union", representing a new constellation).

The colours of the flag have been noted as representing certain national traits. Red is for hardiness and valour, white for purity and innocence, and blue for vigilance, perseverance and justice. Nevertheless, it seems unlikely that these were the reasons for selecting the colours at the time.

It’s interesting to observe the flag before the times of independence. Instead of the stars in the corner, there is a Union Jack instead. This flag was known as the ‘Grand Union Flag’, and it looks as colonial as you’d expect! There it is, the Union Jack standing proud, alongside its 13 colonies on the other side of the Atlantic. Replacing the Union Jack with the stars was highly symbolic in itself, representing a time of change, autonomy, power and pride.

Fast forward a couple of centuries, and the US flag is still this iconic symbol of Americanism. Such is the case, that there are very specific rules about how it is to be displayed, which US citizens generally take very seriously.

By law, the flag needs to be flown on all main administration buildings and public institutions. On election days, the flag must be shown at polling stations, or nearby, and in or near schools on school days. If flown from a flagpole, the flag needs to be raised briskly, but lowered ‘ceremoniously’, and should never be flown in severe weather conditions. It is raised at sunrise and lowered at sunset. When the flag is being raised or lowered as part of a ceremony, everybody should face the flag with their right hands over their hearts, except for those in official uniforms. Equally importantly, the flag is never allowed to touch anything underneath it. If it’s being displayed against something, such as a wall, for example, the ‘union’ part of the flag (the stars) needs to be in the upper left corner from the spectator’s perspective.

Interestingly, and possibly against popular belief, it is not illegal to desecrate the US flag, as it is considered a part of free speech. However, just because it is not illegal, it does not mean that it wouldn’t be met with significant public outrage, so it’s certainly not recommended.

Symbolic flying of the flag

Hanging a flag is seen as a symbol of national pride, and so it’s seen in all sorts of places. In the UK it’s not particularly common to see citizens flying the St George’s flag in their homes – perhaps this is because it sometimes has a somewhat nationalist connotation. However, US citizens fly their flags here, there and everywhere. St George’s Day was just celebrated in the UK, and it’s quite possible that you didn’t even notice. Independence Day in the USA, however, is the total opposite (it’s certainly one of the most extreme and patriotic celebrations of the year). But it’s not just in homes and gardens where you’ll see the US flag, and there are a few extreme examples of this national pride being displayed in far-flung places:

In 1909, Robert Peary firmly installed the US flag at the North Pole. His wife had sewn the flag herself. As well as the flag he flew from the North Pole, he also left scraps of another US flag on his trek there. This makes it the only time in history that someone has been honoured for cutting up the flag.

Barry Bishop was part of the first American team to conquer Mount Everest, in 1963. Once reaching the summit, Bishop left the flag proudly flying on top of the world.

It’s pretty common knowledge that Neil Armstrong left a US flag on the moon when he reached it in 1969. Surely it can’t get more extreme than that? But it wasn’t just Armstrong: every landing that took place as part of the Apollo Programme included a placing of the flag. Given that there is no wind on the moon, the flagpoles used have an extra pole running along the top, so that the flag simply drops down. Whilst once upon a time there were six US flags on the moon, it is now expected that there will be only four, as two of them did not survive the rocket lift-off from the moon.
With such pride and history behind them, US flags can be flown all over the place – but can you? In order to fly to the USA, you need travel authorisation. If you’re travelling to the USA as a tourist, or on business, you can apply to travel under the Visa Waiver Programme. As a British citizen, you have a passport for one of the 38 countries that participate in this programme, which gives their citizens the opportunity to apply for visa-free travel. This is known as the ESTA application, as the ESTA – the Electronic System for Travel Authorisation – is the system used to automatically vet applicants and grant them travel authorisation.

ESTA has many benefits over traditional US visas. First of all, it’s practically instant. Once you’ve completed the application, you will receive a response indicating your approval status within 24 hours. On the other hand, visas take weeks to months to process. Second, the ESTA application is entirely online, and your status is sent to you by email; no embassy appointments, no sending off forms in the mail – you don’t even need to leave the house. And third, the costs of the ESTA are significantly less than those of a US visa.

Once you receive your ESTA approval by email, your ESTA will be valid for two years, or until your passport expires (whichever comes first). Whilst you can’t renew your ESTA, you can apply for another one following the exact same procedure as before. The ESTA allows you to travel to the USA for periods of up to 90 days at a time, as long as the motive of your trip is tourism or business (e.g. conferences, meetings, etc.), as well as a few other possibilities.

Arrange your travel authorisation today and be one step closer to witnessing that star-spangled banner in the flesh!