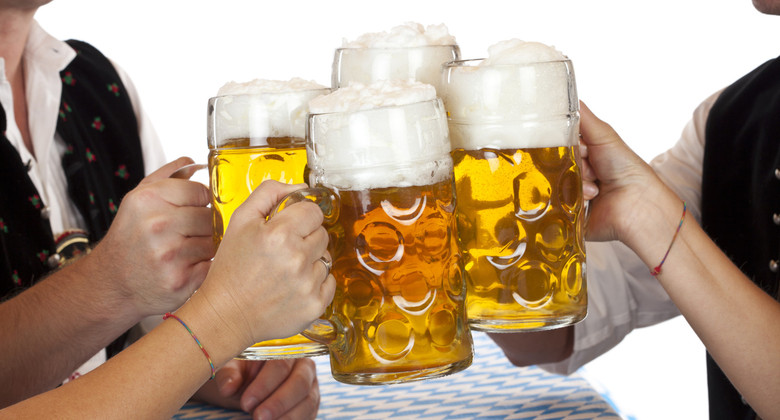 Starting in the third week of September and not ending until the first Sunday of October, the USA is right in the middle of its annual Oktoberfest celebrations. Whilst we may associate the event with Germany, Americans have proudly adopted the tradition and the celebrations get bigger each and every year.

Under the Visa Waiver Programme, you can visit the USA as a tourist with ESTA authorisation, avoiding the need for a traditional US visa. Though Germany may be closer, the diversity and scale of Oktoberfest in the USA is an experience in itself, and thanks to the ability to travel to the USA with ESTA, there’s no reason not to give it a go.

Originally dating back to a Royal Wedding in the early nineteenth century, Oktoberfest is firmly rooted in Bavarian culture and is celebrated across the globe with an array of festivals, attractions and, of course, a fair share of hoppy German beer.
Visitors from across the globe divulge in a broad range of entertainment set up for the occasion, with funfairs, small stalls and, perhaps most importantly, an array of authentic Bavarian food. Such culinary delights include Hendl (roast chicken), Schweinshaxe (succulent grilled ham hock), Brezen (pretzels), Kasespatzle (delicious cheese noodles) and traditional Wursti sausages. From the sizzling smell of freshly prepared food, the merriment of enjoying a Bavarian beer and the sheer atmosphere of the whole event, it’s little wonder Oktoberfest is now celebrated worldwide and never fails to deliver when it comes to this unique cultural experience.

Though it may seem surprising, German Americans represent the largest ancestry group in the country, and it’s estimated that a third of German diaspora live in the States. So surely it can come as no surprise that the celebrations here don’t miss a beat. With this in mind, where can we go in the USA to witness the best examples of this German import?

According to USA Today, one of the best Oktoberfests in the world takes place in Alpine Village, in Southern California. Whilst we can be forgiven for conjuring up images of perfect sandy beaches and flawless blue skies, Southern California also hosts the oldest Oktoberfest celebrations in the country, attracting over 100,000 visitors every year. Here you’ll find an amazing variety of original Bavarian entertainment including ‘Oom Pah Pah’ bands straight from Germany, beer competitions and even the ultimate yodelling challenge.
In Covington, Kentucky, the annual Oktoberfest festivities bring in over 125,000 visitors every year. The main event takes place in the town’s historic district, which has a hint of that traditional European charm. In terms of its geogprahical area, it’s one of the smaller celebrations in this list, however it continues to bring in more and more visitors each year.

Another major (and perhaps unexpected) event takes place in Helen, Georgia, which showcases one of the main celebrations in the country with one of the best party offerings, including German bands, polka performances and dancers in native attire. Otherwise sleepy during the rest of the year, Helen certainly puts its mark on the map when it comes to Oktoberfest. In a similar vein we have the city of Hermann, which has recently been voted home to Missorui’s best festival. The village – which is set on the banks of the Missouri River, and has a population of just two and a half thousand – very much mirrors original German heritage and culture, from its historic buildings right through to award winning wineries, food booths and antique shops.

Another great place to head for during Oktoberfest is the Big Bear Lake, also in California. Here you’ll find absolutely everything and anything to do with German food and beer – from Bavarian dumplings through to stein-carrying challenges (perhaps not for the fainthearted). The celebrations here are also very family-oriented, offering activities such as pony rides, carnival games and a petting zoo. A similar event also takes place in Addison Circle Park over in Texas, which again is very family-focussed and features a German Spelling Bee, children’s entertainment and singalongs.
Moving over to the largest celebration in the States, and reportedly the second biggest in the world after Munich, we have Oktoberfest Zinzinnati in Ohio. The mammoth event welcomes half a million visitors per year, with a varied array of live entertainment, folk dancing, and food stalls. Here you can expect the same traditional elements as many of the other celebrations, only turned up a level… Though in Zinizinnati the celebrations this year have already drawn to a close, over the course of just three days the organisers put on around 60 live acts and competitions.
If it’s glamour you’re after, your best bet is probably to head on over to Wisconsin, which holds its own Festmaster Ball, Miss La Crosse pageant and transport festival.  The event has been going on for around half a century now, and is particularly worth visiting for its spectacular torchlight parades during the evening.

Finally – and by no means least – the Oktoberfest in Tulsa prides itself on being one of the largest German celebrations in the US. As extra quirks, in addition to a traditional German marketplace, you can also try your hand at polka lessons, try your ‘legs’ in a somewhat unique beer keg race, or place your bets on the Wiener dog races (now that’s got to be worth seeing, right?).  Suffice to say, it’s little wonder that Tulsa has been voted among the top ten places on the planet (let alone the US) to celebrate this spectacular time of year.

So, as a British citizen, what do you need to sort out in order to visit this amazing cultural event for yourself? First things first, you need to apply for your ESTA USA application online in advance. The ESTA is the ‘Electronic System for Travel Authorisation’. Despite the name, it’s actually a far easier, quicker and more affordable process than applying for a US visa. This is because it is based on automatic screening of passengers from certain countries. There are currently 38 countries whose citizens can apply for ESTA, and this includes the UK.

Applying for ESTA online takes around ten minutes or so, and after submitting the online form, you will be informed of the status of your ESTA within 24 hours via email (and generally within under an hour). As soon as you are ESTA approved, you are authorised to travel to the USA for periods of up to 90 days at a time, provided that the purpose of your visit corresponds with the conditions of the ESTA. Though each journey you make to the USA is limited to 90 days, the authorisation itself last for two years. This means that you can travel to the States as many times as you wish within this two-year period without having to reapply for ESTA (the 90-day limit corresponds to each individual trip, and does not cover the entire two-year duration of your ESTA).

One thing to bear in mind is that, when you apply for ESTA online, you need to provide your passport details. These details are specific to the very passport you use at the time of your application, and so as soon as this passport expires, your ESTA expires too. For this reason, it’s always a good idea to renew your passport before you apply for ESTA if you have less than two years left on it (particularly if you expect to be travelling to the USA more than once over the next couple of years). If your passport does expire during the two-year term of your ESTA, you will not be able to use this ESTA with your new passport. Nevertheless, you a perfectly free to apply for ESTA online again; there’s no penalisation for applying for ESTA more than once, and the process is just the same as the first time round.
Whilst you may well be tempted to check out the slightly more local genuine German offerings for this annual event, experiencing it in the USA has that extra American touch that, who can deny, is an attraction in itself. Offering a friendly welcome, unique entertainment and boasting return visitors year after year, the figures speak for themselves. And it’s not over yet, get over there and see it for yourself. Prost!