The 9/11 Memorial Museum - a must see landmark 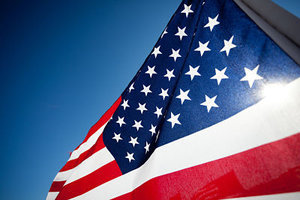 Amidst some controversy, the President of the United States, Barack Obama, has inaugurated the long awaited 9/11 Memorial Museum. A visit to the memorial will certainly not leave you unmoved during your trip to New York.

In southern Manhattan, works have been going on for over eight years, and many reasons have delayed its inauguration, but on May 15, the 9/11 Memorial Museum opened its doors to visitors. The enormous underground structure has been built on the same site of the 9/11 attacks, where the Twin Towers used to stand.

Obama solemnly declared that the site was a ‘sacred place of healing and of hope’, during the moving inauguration ceremony. The objectives of education and awareness are clear, as many visitors’ have commented.

Aware of the fact that their choices cannot please everybody, the museum’s management are open to criticism.

The exposition is divided into three parts:

The first is an historic exposition that presents the events that unfolded on 11 September 2001, as well as the situation prior to and following the tragic day. The most notable part here is undoubtedly the multiple audio clippings of phone calls made by victims before their deaths, as well as the large range of personal objects found among the debris, some of which still bloodstained.

The second part of the exposition ‘In Memoriam’ is a memorial with pictures of almost 3000 victims.

Finally, ‘Hall Foundation’ is an immense room which houses the remains of the World Trade Centre’s foundations, notably the last column recovered from the skyscraper, as well as an exterior staircase that allowed for several survivors to exit the building.

One of the main sources of controversy is the anger of victims’ families who don’t approve of the remains of their close ones being in a museum. In fact, the remains of non-identified victims are in a repository beside the exhibition, which is inaccessible to the general public. Other critiques have been made in relation to the sale of merchandise linked to the event. This includes various souvenirs, form mugs and t-shirts to mobile phone cases.

If you’re planning a trip to New York visiting this memorial is a must. You can judge for yourself and witness an important lesson in history and of humanity.

Remember that the required documents for visiting the USA are minimal. You just need to request ESTA authorisation online to be able to enter American soil as a tourist. The museum is open from 8am until 8pm and entrance costs $24… a price that is also controversial.