The United States on the big screen 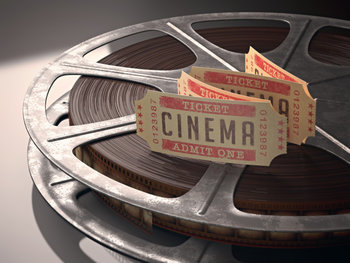 The iconic image of the United States owes itself largely to the world of film and television, because it is through its films and series that this country has made itself so well-known to the outside world, to the extent that even those that have never been are familiar with it.

If you’re a film buff, the following information is for you! First of all, waste no time and request your ESTA online, which will arrive in just 24 hours and allow you to kickstart your unforgettable experience!

Countless films have portrayed the breadth of the USA, but certainly one of the cities that has been seen on set above all others is New York. Whilst you prepare for a visit to Manhattan, organising a marathon of cult films set in this city comes highly recommended. Amongst those that are most representative of the Big Apple, we can suggest "Manhattan" by Woody Allen; "The 25th Hour" by Spike Lee; "Once Upon a Time in America"​​ by Sergio Leone; "When Harry Met Sally" by Rob Reiner; and many more!

If you love film and want to wander the sites of films shot in Manhattan, you could join one of the many guided tours, or organise your own movie map, covering various locations across the city. A well organised site that can help you with this is: "On The Set of New York."

Here you can find a database, in alphabetical order, displaying thousands of movies. Each movie features a brief story and some pictures, with references and addresses so that you can visit the places where they were filmed. You can also download highly detailed maps of Manhattan that clearly highlight places from the most famous scenes of major films shot in New York. These elaborate maps are very well made, and can be downloaded in pdf format with enough resolution to be printed and read on a standard A4 sheet of paper.

Another tour that many women do not want to miss includes the places of the cult series "Sex and the City”, which spanned 94 episodes from 1998 to 2004, portraying Manhattan with a charm that would appeal to anyone! One of these tours is the "Sex and the City Hotspots Tour" during which, for about $50 across 3 and a half hours, you will visit the places of the cult series frequented by Carrie, Charlotte, Miranda and Samantha. This a coach tour, led by an experienced guide.

Similarly, you could follow similar tours based around "Gossip Girl" or “The Sopranos”: take a look at onlocationtours.com and choose the tour that best matches your taste in television, both in New York and Boston!

The west coast of the United States offers other interesting ideas for the most dedicated film buffs: how could you miss out on a trip to Los Angeles, and Hollywood in particular? Here, it is essential to visit the Walk of Fame, or make a day trip to Paramount Studios, which leads visitors on a  walk through time among thousands of curiosities and revelations from the world of cinema, including all sorts of memorabilia. For the most fanatical fans, you have the Movie Stars’ Homes Tour, which, along places like Hollywood, Beverly Hills and Rodeo Drive, guides you past the most prestigious houses of movie stars.

Finally we should mention the most cinematographic theme park of them all: Universal Studios! This is a park with attractions dedicated to the world of cinema, in particular films produced by Universal.

There are two Universal Studios in the USA: the first to open, in 1964, was Universal Studios Hollywood, Los Angeles, and, in the 90s a second was opened in Orlando, Florida. Now, two other parks have been opened in Osaka and Singapore. A visit to the studios will allow you to truly enter into some of the historical movies that have become a part of our lives. Among the attractions is a the essential "Studio Tour”, which includes a trip across the most famous film sets, which that have left a major mark in the history of cinema. The parks are growing and each year they open new attractions in tune with new movies.

If you have already requested your ESTA, all you need to do now is choose your destination! Let’s go!