Top US Monuments - ESTA Travel from the United Kingdom 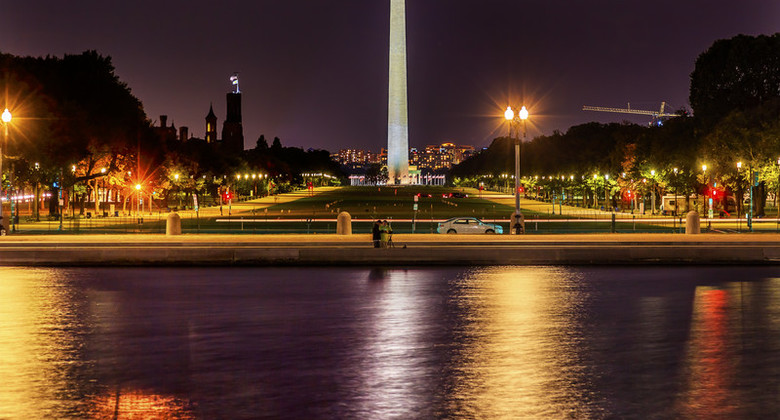 Discover our hand-picked favourite top US National Monuments and Memorials, in the continental United States and Alaska, for Visa Waiver Programme travellers

ESTA, the Electronic System for Travel Authorization, allows for visa-free travel from the UK to the United States. Even better, ESTA approval as part of the Visa Waiver Programme (VWP) features a 90-day limit per visit so you can tour about and get to know some of America’s most beloved landmarks while embarking on a well-deserved holiday. The United States is home to a staggering 128 places designated as “national monuments.” These consist of protected areas and include "historic landmarks, historic and prehistoric structures, and other objects of historic or scientific interest." We combed through the list and gathered together 5 top monuments in a mix from urban to rustic. But then, we decided to add one more. A place so magical, so remote, that it might easily be regarded as a hidden gem. The list is now of 6 top US National Monuments!

Enjoy this overview of top United States destinations that are also designated at US National Monuments. With your approved ESTA, the only thing you may need to decide is which to visit first.

ESTA approved holidaymakers from the UK have helped make this one of the most visited monuments in the United States. An Obelisk towering up 169 meters, The Washington Monument was constructed to honor the country’s first president and former CIC of The Continental Army, George Washington. It was the tallest structure in the world until the Eiffel Tower was constructed reaching 324 meters high. The National Mall is the most visited national park in the United States and home to several important landmarks. Sites “on the mall” include the Lincoln Memorial, the National Gallery of Art, the US Holocaust Memorial Museum, World War II Memorial, the Reflecting Pond, and more. One end of the National Mall is the US Capitol, home of the United States Congress.

2. Fort Sumter | Charleston Harbor, South Carolina
One of most beloved southern cities, Charleston, home to Fort Sumter, is a historically emblematic southern coastal city. It is rich in American history, both pre- and post-Civil War. In fact, the city played a significant role in American Revolution (1765-1783) and the United States Civil War (1861-1865). Fort Sumter, a sea fort, is located in the harbor and is known as the site where the first shot of the US Civil War rang out in 1861. Boat cruises take tourists out to the fort and offer a glimpse of America’s history at a pivotal time during which America redefined freedom. Charlestown is a delight of a city for an American holiday. Significant architecture, brilliant “Low Country” southern fare and warm southern hospitality are the touchstones of the popular holiday destination. 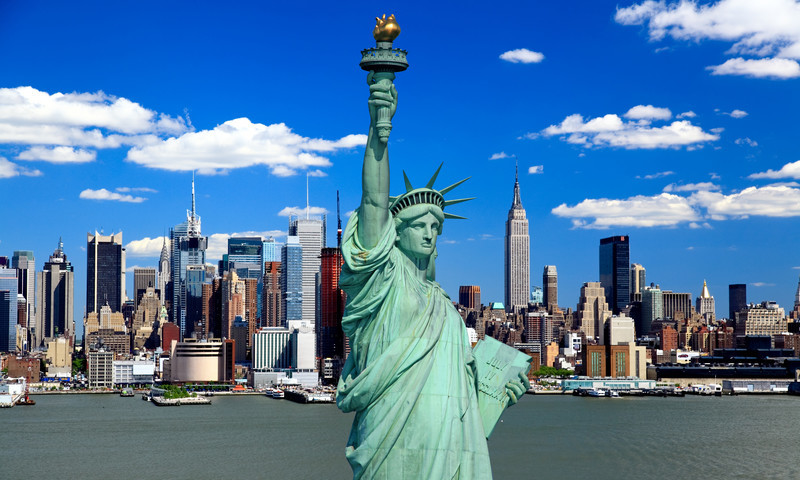 Lady Liberty she is called and is amongst the most famous monuments in the United States, certainly in New York. The Statue of Liberty was a gift from France as a symbol of friendship upon America’s centennial in 1876. This historic icon arrived in New York Harbor ten years later in 1885, and “on October 28, 1886, a million New Yorkers cheered the official dedication.” The copper statue, formally known as Liberty Enlightening the World, welcomed immigrants for decades as they sailed past, heading to Ellis Island for processing before making their way to America’s shores. A boat tour brings visitors to the Statue of Liberty where one can climb the spiral staircase up 146 steps to a platform. Through Liberty’s crown one can look out over the Hudson River and lower Manhattan, contemplating this symbol of the spirit of America. 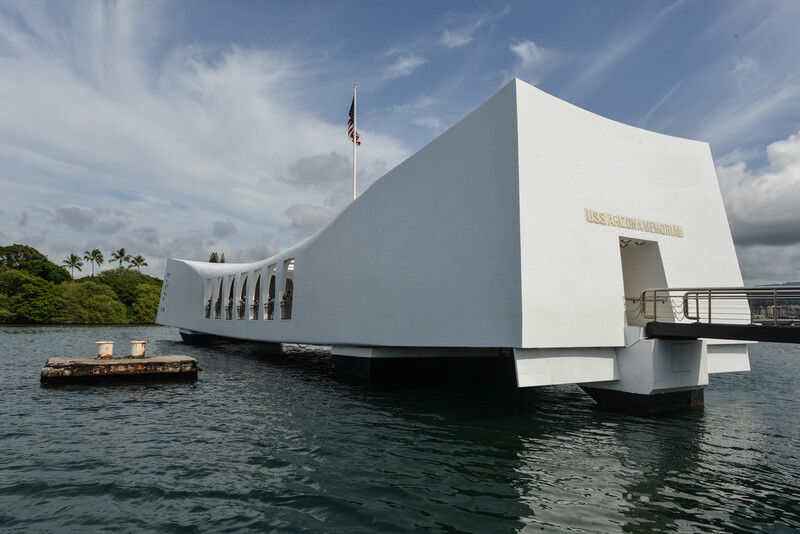 Close to Honolulu, the USS Arizona National Monument, which honors the souls who perished at Pearl Harbor in December of 1941, is incredibly popular with United Kingdom ESTA travellers seeking a date with world history. An architectural marvel, it is also a national military cemetery.

A short boat ride brings visitors to the site which floats perpendicularly over where the battleship USS Arizona rests after sinking on that fateful day. Close by, the Pearl Harbor Visitor’s Center is home to museums as well as the Battleship Missouri and the Pearl Harbor Aviation Museum which are both situated nearby on Ford Island. 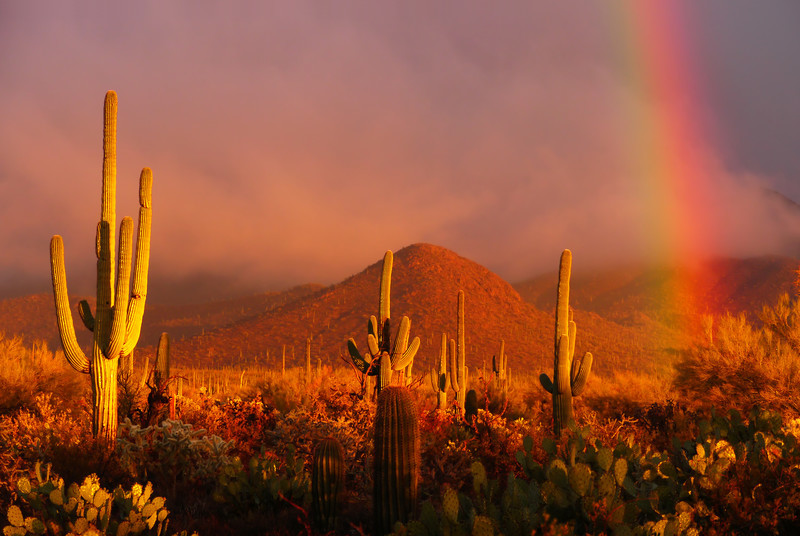 Designated in 2001, The Sonoran Desert is a vast area of 100,000 square miles reaching from southwestern Arizona to southeastern California, and down into the Baja region of California. Amazing biological diversity in the arid place of untamed desert landscape is a draw for travelers seeking a unique adventure. Colours from vibrant poppies and the purple haze of lupine blooming are the mark of the botanical brilliance at home here. Hiking is a lovely way to explore the saguaro cactus forest and cactus plains. Camping under a blanket of dazzling stars whether in a tent or rented RV is heaven here. Turn off your mobile (there won’t be a signal anyway!) and make friends with the spectacular nature. Mountain ranges include the Maricopa, Sand Tank and Table Top Mountains, and Booth and White Hills, all separated by broad valleys.

Misty Fjords National Monument, “The Mistys,” is a majestic national monument and wilderness area beloved by travellers seeking pristine unspoiled nature at its most dramatic. It is postcard-perfect and filled with crystalline lakes, icy waterfalls, snow-dusted peaks, deep fjords and sea cliffs. More than 2 million acres in the Tongass National Forest, this is the 2nd largest expanse of national forest in the United States. Popular and picturesque are Walker Cove, Rudyerd Bay and Punchbowl Cove found by way of the Behm Canal which separates the mainland from stunning Revillagigedo Island, which is easily enjoyed by tour boat. Hiking, climbing, kayaking and boating offer a chance to explore the vast roughhewn beauty.


About ESTA and the Visa Waiver Programme

The Electronic System for Travel Authorization, known as “ESTA” and often called “ESTA USA” is a digital system that collections biographic data to establish eligibility of individual travellers from ESTA eligible countries so they may travel, visa-free, to the United States for stays with a flexible 90-day limit as part of the Visa Waiver Programme.

Before submitting an ESTA application you can find earn about your ESTA Eligibility.  Or, if you are ready to apply for the ESTA VWP so you can plan adventures to US National Monument locations including urban sites such as the Statue of Liberty in New York, and wild places such as Misty Fjords National Monument in Alaska, you can begin the authorisation process for USA travel on the ESTA application page now.