Tourism with the ESTA: How to behave in the USA 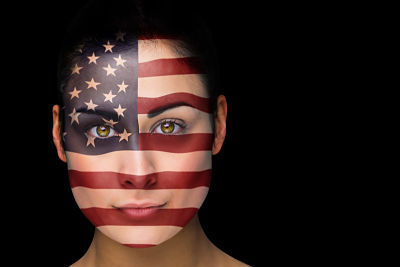 What should be avoided when you are on vacation in the USA? There are certainly some cultural differences between the UK and the USA, so take note of a few of them and prepare for your trip well!

Generally, US citizens are kind, direct and full of humour, and, above all, they are not afraid of self-mockery!

Straight to the point: People from the USA are direct, honest and don’t beat around the bush, which isn’t to say that they’re impertinent. Express yourself clearly and be sure of yourself when having a conversation; hesitating too much can make it seem like you’re hiding something.
This is particularly true when you are answering questions put to you by US customs officers.

Be friendly and courteous when you present your ESTA authorisation and your valid passport. Don’t be embarrassed by personal questions, or those asking for specific information regarding your trip to the states. Keep your jokes to yourself when you’re going through customs (US citizens have a great sense of humour, but they need to trust you first!).

Subjects to discuss: European mentality is perceived as being more ‘avant-garde’ around certain topics. You can be sure to discuss cultural differences openly without judgement.

Sport is also a very ample discussion, and a good icebreaker if you don’t know your conversation buddies too well! So, it’s not a bad idea to get to grips with sport across the pond, such as American football, baseball or basketball… ‘Soccer’ isn’t too big in the states.

If you know your company fairly well, questions about their family and children are well received. And as work plays such a big role in the USA, don’t hesitate to bring that topic up.

Acceptable gestures: Don’t be afraid to make eye contact; it’s an indicator of interest and politeness when you’re talking with somebody. If you cross paths with someone in a hotel, for example, the British attitude of turning your head away will be seen as rude. On the other hand, don’t stare too much!

Gestures to avoid: Don’t get too close to your conversation partners; a distance of around a metre is recommendable. Smile a lot, and a firm handshake is a good standard greeting, although if there are a lot of you a simple ‘hello’ will do just fine.

If you’re travelling as a couple, bear in mind that affectionate gestures in public are accepted if they’re not too extreme: you can hold hands, or walk with your arms around each other… On the other hand, ‘snogging’ in public is seen as poor taste, and don’t think about grabbing onto your partner’s bum… Something far more common in Europe.

Be ready to answer many questions about England, and take all discussions regarding the queen, Downton Abbey and the London accent in good taste! It’s a great opportunity to share cultural differences.

Follow our advice, but bare in mind they’re all rather general points: good sense and respect are enough to make tourists welcome wherever they may be.