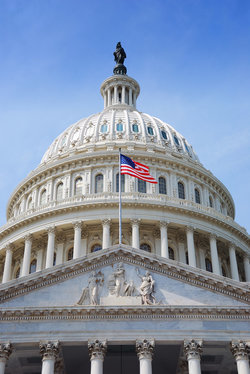 Like the heir to the throne, take a trip to the USA that’s worthy of kings!

Americans are big fans of our royal family, and seemingly President Barack Obama in particular, who recently welcomed Prince Charles and the Duchess of Cornwall to the White House. According to the US president, their popularity is more important than that of local politicians.

Within a 4-day trip to the USA, destined to reinforce that ‘special relationship’ between the States and the UK, the Prince of Wales met with President Obama among a variety of other cultural visits and meetings.

Take inspiration from the prince and get some ideas for your own trip to the USA. Perhaps you won’t be staying in a luxury hotel, but you can certainly make it a majestic experience.

Within their trip, the Prince and the Duchess headed over the Abraham Lincoln Memorial, which pays homage to the president assassinated 150 years ago, and where Martin Luther King gave his famous ‘I have a dream’ speech. The couple then visited the Martin Luther King Memorial, where they met with Jesse Jackson and John Lewis, key figures in the American Civil Rights Movement.

A couple of miles from the United States Capitol, the couple visited Lincoln’s Cottage, the house where the American president lived during the War of Succession, and where he wrote his declaration to abolish slavery.

Another point of interest for the Prince and Duchess was Mount Vernon, which belonged to the first president of the USA, George Washington.

The couple managed to make a quick trip around the Museum of National Archives, where visitors can see the Magna Carta or the Charter of 1297, as well as the original pans for the Apollo 11 mission, amongst others.

Finally, if you’d like to visit the White House, you have to contact the British Embassy in Washington D.C. to make a request. The official residence of the US president reopened its doors to the public in 2014. Don’t expect to meet him, however!

You surely know that thanks to the Visa Waiver Programme, British citizens can simply travel to the USA with just an ESTA authorisation. The only administrative step for visiting the States is making an ESTA authorisation request online, which means you no longer have to go to the Embassy to get a visa, and allows you to visit the USA within 72 hours after having filled in your application!