The new travel ban: what you need to know 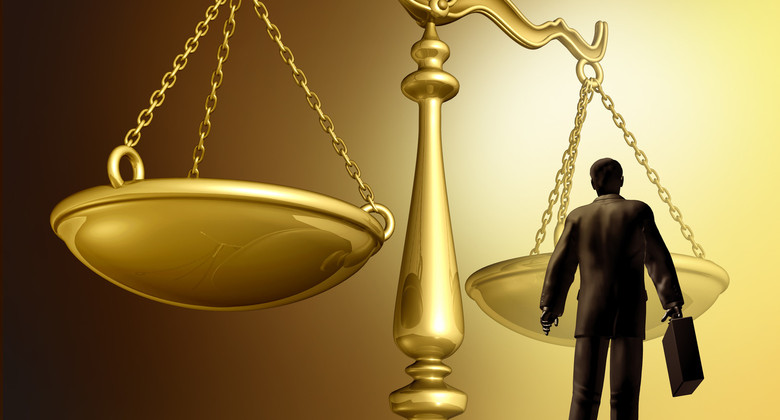 On Thursday 29th June, a new version of the US travel ban came into effect. The ban is a modified version of the two bans that the Trump administration attempted to enforce previously. As a citizen of a Visa Waiver Programme member country, here are the things you need to know…

Essentially the core components of Trump’s new travel ban do not differ greatly from the ones that preceded it. Like before, the ban affects people from Iran, Libya, Somalia, Sudan, Syria and Yemen. The main difference is that people from these six countries who have close ties with the United States will still be allowed to travel.

It is worth highlighting at this point that none of these six countries form part of the Visa Waiver Programme, and so it will not affect those who have ESTAs or those who apply for and are approved for ESTA. The ESTA (Electronic System for Travel Authorisation) is designed to minimise the screening process for travellers deemed to be from ‘low-risk, high-value’ countries. This is the reason why such citizens are given the opportunity to apply for a visa waiver, generally referred to as the ESTA.

As a matter of fact, there has long been a question on the online ESTA application form that asks applicants whether they have travelled to or been present in any of these six countries (as well as Iraq) any time on or after 1 March 2011. This question was included on the online ESTA form as part of the Obama administration.

However, one thing that has not been particularly clear is how citizens of a Visa Waiver Programme member country will be affected if they also have dual nationality with one of the six countries included in the ban. Thankfully, this has been cleared up. For example, if you are British but also have Iranian nationality, you are still eligible to apply for ESTA online; you will be asked on the application whether you have any other passports or nationalities, however your ESTA is only linked to the passport used for the application – in our example, this would be the British passport, not the Iranian one. Provided you have not travelled to or been present in the other country, in this case Iran, since 1 March 2011, you are still allowed to travel to the USA under the Visa Waiver Programme if your ESTA is approved. This system is exactly the same as it has been for years, and so the new travel ban has no effect on ESTA or the VWP.

And so, just for the sake of emphasis, there is no change to the ESTA application process or its conditions; if you are approved an ESTA, you are still eligible to travel to the United States as part of the Visa Waiver Programme. Nevertheless, as has always been the case, the ESTA does not grant anybody entry into the United States. The final decision as to whether or not to allow a foreign national into the USA always comes down to the Border Patrol Agent at the port of entry. Of course, provided your application was truthful and you are genuinely travelling to the country for tourism or business purposes, there is no reason for your entry to be denied once you are in the country.

So how is this travel ban different?


In order to get the Supreme Court to approve the travel ban (which, on the whole, does appear to have caused less disruption and controversy than the previous bans – though not entirely), the new travel ban allows people from Iran, Libya, Somalia, Sudan, Syria and Yemen who have ‘a credible claim of a bona fide relationship with a person or entity in the United States’ to travel there.

This ‘bona fide’ relationship covers a couple of areas. First of all, if the traveller can prove close family ties in the USA, they are still eligible to go there; such ties are established as being a parent, parent-in-law, spouse, child, adult son or daughter (including son-in-law or daughter-in-law), and sibling (including half and step siblings). However, other family relations like grandparents and fiancés are not included in this list of ‘close ties’. According to officials, this division of family ties was established in accordance with the definition of ‘family’ provided by the US Immigration and Nationality Act.

Secondly, when it comes to a ‘bone fide relationship with an entity in the United States’, this refers to a business or educational institution. In order for this to be valid, formal and documented evidence of this relationship needs to be presented. People who have already accepted job offers in the USA, or who have been invited to lecture at a US university, for example, may also receive visas, according to the administration.

People in the six countries mentioned who already have visa interview appointments are being told that they should still attend these appointments as planned. In such cases, agents would make ‘case-by-case’ decisions as to whether these people are eligible under the ban. Furthermore, the Trump Administration has indicated that those who already have valid visas or green cards would not be affected by the new terms of the ban.

As for refugees, the revised order prevents them from entering the USA for 120 days. As with everyone else, if they can show a ‘bona fide’ relationship with the United States, they will be granted entry into the country. Nevertheless, this does not include established relationships with refugee resettlement agencies. This in itself has caused a lot of controversy among advocates and citizens; they point out that many refugees, including many refugee children, would not be able to prove any other ties with the USA beyond such resettlement institutions.

Initially, when the modified ban was announced, it stated that refugees scheduled to be resettled in the USA could continue to be allowed entry until 6 July, and that only those who could prove close connections in the USA would be allowed entry afterwards. However, having reached this date, the government has announced that it was just an estimate as to when the country would reach its 50,000-person cap on refugee admissions for the tax year. The State Department shows that 49,225 refugees have entered the USA as of the end of June, and thus they will still be granted entry until the cap is reached. The date has not been confirmed yet, and it is still expected to be very soon, however we will surely find out more in the next day or two. The previous cap on refugees, over the past 12 months, was 85,000, and so this is a significant reduction.

The other major source of controversy is precisely the definition of ‘family ties’ that we mentioned. Many point out that, like in the US, family ties in the Middle East are very close and varied. It’s very common for a child to be brought up by an aunt or uncle, or a grandparent, and thus could prove unfair in many cases. Of course, many are also very pleased that those who can prove close ties will still be allowed into the country, and certainly see this as an improvement to the previous conditions of the executive order issued by Donald Trump back in January.

In terms of what comes next, the travel ban is in full effect, and the US Supreme Court has stated that it would hear any arguments regarding its legality during its next turn, which begins on 2 October. Despite the fact that the Supreme Court has a slight majority of conservative judges, it is far too soon to know whether or not the ban will be fully reinstated yet. Many of the issues that the previous bans faced were focused around the lack of clarity and the immediacy with which they were implemented. Hopefully this most recent modification has cleaned up these issues, and as its execution is monitored and assessed closely in the coming weeks and months, we are sure to have a much better idea of its rules and effects than before.

Of course, as the situation evolves we will keep you informed of all news and changes to travel legislation in the USA. As it stands, there have been no changes whatsoever to the Visa Waiver Programme and the ESTA, and so Brits (and citizens of the other 37 member countries of the VWP) are still perfectly able to apply for ESTA online as before.