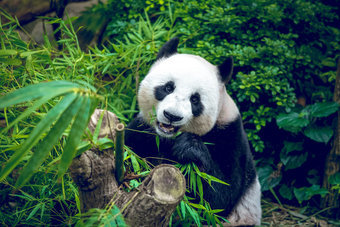 Although not native to the USA, a zoo in Washington DC has welcome two new giant panda cubs into its population; and they required neither a visa nor an ESTA!

Unlike the UK, China do not currently form part of the Visa Waiver Programme. Nevertheless, the Smithsonian National Zoo in Washington DC was home to the birth of two panda cubs last week, parented by giant pandas on loan from China.

The news is particularly exciting for animal enthusiasts, as pandas are notoriously difficult to breed in captivity.  In fact, they are one of the most endangered species in the world, so it is of no surprise that these pandas are one of the zoo’s star attractions. There is even a ‘panda cam’ that allows enthusiasts to watch these beautiful creatures live from wherever they may be in the world.

The mother of the pandas, Mei Xiang, was artificially inseminated, and zoologists only discovered she was pregnant the week before the birth of the cubs. This is a major achievement due to the decreasing population of wild giant pandas in China, and one of the major reasons that such animals are a principal attraction at zoos in the USA.

Though it may be something of a niche interest, who can deny the cuteness of these bizarre furry creatures? For anyone visiting the USA and curious enough to witness one in the flesh, there are currently giant pandas in four zoos across the country. Along with the National Zoo in Washington DC, on the other side of the country, the San Diego zoo is also home to pandas. Over in Georgia, Zoo Atlanta houses some more, and the Memphis Zoo in Tennessee is home to even more. Yes, it’s possible to see a great chunk of the USA just by dashing around visiting pandas!

All of these zoos operate in the Giant Panda Species Survival Plan, and are seemingly doing a good job in promoting and preserving it. Good job US zoologists! Of course, the US don’t stop at pandas when it comes to preserving wildlife, and are known for a great variety of zoos across the breadth of the country.

Outside of zoos, it was also reported this week that a pack of wild wolves were spotted in Northern California. Whilst this may sound like a frightening and not-so-enticing piece of news, it is hugely exciting for wildlife enthusiasts, as this precious species has not been spotted in the state since the 1920s, almost one hundred years ago. Fortunately, the pack was spotted in a remote mountain area, and so don’t pose a threat to British tourists!

If you’re planning on seeing any of the amazing US wildlife, native or not, each state has something different, and it’s truly amazing to see the vast selection of natural habitats in which they live their lives. Don’t forget to apply for ESTA online before travelling, and ensure that your passport is fully valid before setting off!

Enjoy your trip to the USA, and until then, check out that panda cam!