The fascination that Americans have with the British 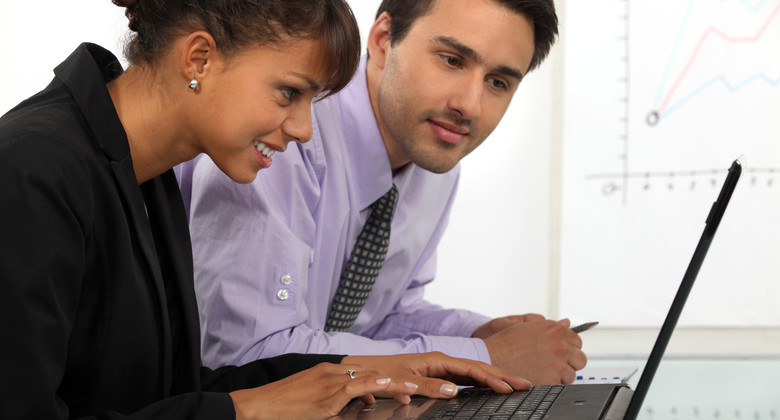 If you’ve never been to the States before, you are sure to be going with a set list of expectations, in some form or another. You’ll confirm some of these, and dismiss others, but there’s one thing that you won’t be able to escape as a British citizen: the odd fascination that our American cousins have with us.

Remember, as a British citizen, you can travel to the USA without the need for a visa thanks to the Visa Waiver Programme. Instead of the lengthy visa application process, you can simply apply for ESTA online, and be approved for travel within just 24 hours. So, now is a better time than ever to really participate in this curious cross-cultural intrigue…

So what are we talking about here? Well, have you heard an American imitate a British accent, for instance? Despite being performed with great enthusiasm and accompanying facial expressions, they tend to be pretty terrible (just as our fake American accents are too, presumably!). Have you ever noticed how villains in films are often British? Just think about Alan Rickman, Ian McKellen or even the real-life Simon Cowell. So where does this fascination come from?

Well, we have to bear in mind that the USA is a relatively young country, and that many of its residents can trace back ancestral routes to the UK. When buildings rarely date back more than 200 years, the idea of old castles and ruins is somewhat charming. Also, considering that the USA is a large, sprawling country, the concept of a little island is also sort of cute and appealing, perhaps. But there are several things in particular that Americans really seem to appreciate about Britain…

This doesn’t just go for Americans, but it’s true that they have a somewhat surprising appreciation for our Queen, the palace and all that goes with them. When the first Royal Baby was born, it was the top story on all US news networks. Bearing in mind that the USA is a republic, many citizens are simply curious about the idea of living under the rule of a king of queen (and perhaps don’t realise that the monarchy is more of an icon these days than anything else).

We ourselves are incredibly well accustomed to American television and films. This is our main source of information (whether true or not) about American culture, and certainly gives us an insight into how Americans speak and what the country looks like. And the same goes for British television in the US. However, this might create a certain amount of false expectations about all British tourists living in beautiful rural estates in the English countryside, given the major obsession with Downton Abbey…

On the other side of the spectrum, Game of Thrones certainly has an added appeal for Americans given the ‘quirky’ English accents, and Doctor Who has spread to be almost as iconic in the US as it is in Britain.

Our sense of humour is almost a national treasure for us. We might not notice it in ourselves, but we are considerably more satirical, dry and sarcastic than many nations, and this certainly doesn’t go unnoticed in the USA. However, that’s not to say that Americans find our sense of humour funny; it’s more likely that they are amused by our seemingly dry, gloomy selves.

And of course, jumping back to television, our humour naturally comes across in our television programmes. Whilst Americans may have an appreciation for this, they often like to create ‘new and improved’, US versions. Hugely popular British comedies like The Office, The Inbetweeners and Shameless have all been recreated in the USA, as well as other shows such as House of Cards, Broadchurch and Hell’s Kitchen.

Something that we can certainly agree on, British food is an institution in its own right. But where as for us it’s just the norm, fish and chips, bangers and mash, sticky toffee pudding and spotted dick are amazing foreign imports for Americans. Within this category we can also include our pub culture. Whereas Americans are more likely to go to more formal bars (or dive bars), the British pub is a style in its own right. And perhaps more importantly, tea and tea culture. Whereas we’re not quite as obsessed as the world may believe, Americans are happy to believe that we have a cup of tea at five o’clock every day and drink it with our little finger pointed out.

As well as our dishes, our celebrity chefs have also made their way across the pond. For example, both Jamie Oliver and Gordon Ramsey have ventured into the US market, and are redeeming are globally poor reputation when it comes to culinary standards!

We had to fit this one in here, because it’s something that is seemingly a perfect representation of British cities. In fairness, we do still have those stylish yet redundant red phone boxes on many street corners, although they have taken a modern turn in recent years. And whilst double decker buses might be normal for us, and seem like a perfectly logical way to save space, they’re unheard of in the USA and are hugely iconic.

Of course there are hundreds of British accents, but in the USA there can be just two: the way the Queen speaks and the way the Beatles spoke. As we mentioned before, Americans are often incredibly intrigued by our accents, and thus you won’t find it too hard to spark up a conversation when visiting. Likewise, we often get just as much of a kick out of hearing American accents, and let’s face it, we’re just a prone to imitate it at times.

However, as you might expect, US and English accents used to be just the same. This makes perfect sense, given the fact that it was the British who colonised the USA, but this doesn’t mean that Americans used to speak like us… Interestingly, during the time of colonisation, British people actually spoke far more similarly to how Americans speak today. This means that, at some point in history, we wandered down a separate road and ended up speaking how we do today!

And just as all of these aspects of British culture are oddly fascinating to Americans, we share the same fascination in reverse. We’re used to having a Royal Family, but the sense of scale, importance and power that surrounds the President and the White House is just as fascinating for us (when was the last time you read the news and didn’t see something about the upcoming election?). Most of the television series that we obsess over are US productions, and we have just as much American humour imported into our daily lives as English humour. American restaurants have taken over our high streets, and we’re just as obsessed with ‘American-style’ burgers and steaks as we are with our own cuisine. Meanwhile, instead of phone boxes and double decker buses, we marvel over huge US cars and trucks, which would easily take up both sides of our tiny little roads.

When you visit the USA with ESTA, you’ll undoubtedly encounter some of these cultural curiosities, which will surely find a way into your conversations with locals. But first of all, you’ve got to get there! To visit the USA without a need for a visa, you need to fill in an online ESTA USA application before you travel.

The ESTA is the ‘Electronic System for Travel Authorisation’, and works as an automated screening process for travellers from countries that take part in the Visa Waiver Programme. The UK was the first country to become a member of the Visa Waiver Programme, and means that British citizens visiting the USA as tourists, or on business, can travel to the country without having to apply for a visa.

The ESTA application takes around ten minutes to complete, and you’ll just need your passport to hand. Once you fill out the form, you will receive your ESTA approval status via email within 24 hours. The ESTA lasts for two years from the moment you receive your approval, and allows you to travel to the USA for periods of up to 90 days at a time. Bear in mind, if your passport expires during the two-year validity of your ESTA, your ESTA will expire automatically. For this reason, it’s always a good idea to make sure you’ve got a couple of years left on your passport when applying for ESTA online.

These are just some of the cultural curiosities present between Americans and Brits, and discussing all of these subtle differences are a great way to learn more about our respective cultures and lifestyles when exploring this vast and fascinating country.