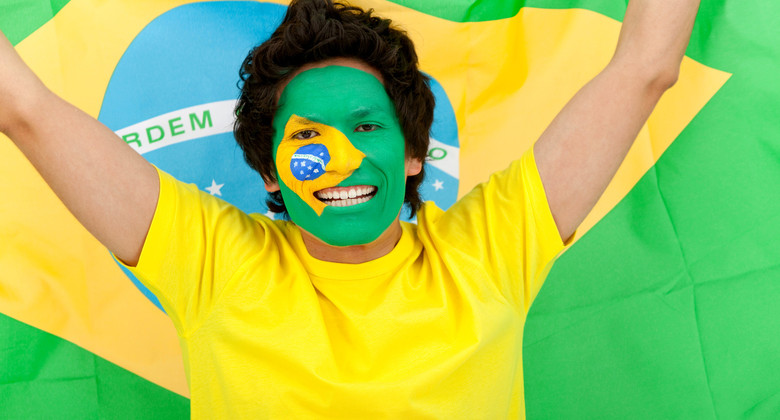 This year, Brazil will be enforcing its own Visa Waiver Programme around the time of the Olympic Games, which will operate in a very similar way to the US visa exemption.

The United States have been operating a Visa Waiver Programme since the last century, and its most significant feature for international travellers is the ESTA – the Electronic System for Travel Authorisation. The ESTA allows citizens of 38 countries to visit the USA without the need for a visa, provided that they are travelling as tourists or for business (among several other circumstances). In terms of ease of travel, beneficiaries no longer have to go through the lengthy process of applying for a B1 or B2 visa.

The US system allows citizens of these countries to remain in the United States for periods of up to 90 days. By applying for ESTA online, citizens of VWP countries do not need to go to arrange an appointment with a US embassy in order to enter the country. Instead, the ESTA application process takes place entirely online, and applicants are informed of the status of their ESTA within a 24-hour period, by email. The ESTA then lasts for a period of two years, allowing the traveller to visit the country as many times as he or she wishes within this period, provided that no trip exceeds 90 days in length, and that the travel purposes correspond with the conditions of the Visa Waiver Programme.

Whilst the USA have gradually been increasing the number of countries that qualify for the Visa Waiver Programme, Brazil is yet to appear on this list. Nevertheless, this has not stopped Brazil from drawing inspiration from it, and offering a very similar system for US travellers over the period of the Olympic and Paralympic Games, to be held this September in Rio de Janeiro.

Essentially, whereas American citizens usually have to apply for a visa in order to visit Brazil as tourists, this requirement will be waived so as to encourage more people to visit the country around the time of the Olympics and Paralympics. Thus, visa-free travel will be valid for Americans who arrive in Brazil between now and 18 September 2016 (1 June 2016 marked the start of the programme).

Not only will this allow Americans much simpler and easier travel to Brazil this Summer, it will also be applicable to Canadian, Australian and Japanese citizens. All four of these countries typically experience rather bureaucratic visa application processes for their citizens travelling to Brazil.

It should be highlighted that Brazil already has visa waiver policies in place for many countries, which is why this particular programme is only limited to four countries. Currently, citizens of over 86 other countries are exempt from requiring a tourist visa when visiting Brazil, and this includes all citizens from member states of the European Union. Generally, these policies allow tourists to be in the country for up to 90 days at a time, but this length of time is different for certain countries, and citizens of certain countries are restricted to 90 days per every 180-day period or per year.

This particular programme, which is applicable to citizens of the USA, Canada, Australia and Japan, will allow such tourists to enter into the country at any point between 1 June and 18 September 2016, from which point they will be allowed to stay for up to 90 days.

Whilst this is notably an effort to increase tourism during the period of the Olympic and Paralympic games, the Brazilian government has emphasised that it is not just for attendees. Also, it has highlighted that the visa exemption is not only applicable to Rio de Janeiro, but rather to the entire country. So, for Americans who’ve always wanted to explore the Brazilian Amazon, for example, and who are completely uninterested in the Olympics, this is still a great opportunity to visit Brazil without the usual hassle.

So what do citizens of these countries need in order to make the most of this visa exemption? Well, here’s where there are some differences between this and the US Visa Waiver Programme. Unlike travelling to the USA with ESTA, tourists from the USA, Canada, Australia and Japan travelling to Brazil will not have to apply for the exemption online in advance. Instead, as is the case with the other 86 countries that already benefit from a visa exemption with Brazil, travellers will simply be able to enter the country directly, without the need for specific paperwork.

However, there are some similarities with the US Visa Waiver Programme. Just like when travelling with the US ESTA, travellers will need to have a return or onward ticket from Brazil, so as to prove they do not intend to outstay the 90-day maximum period in the country. They will also need a valid passport, and may possibly be asked to prove that they have sufficient financial resources to stay in the country during their time there. Brazilian border patrol agents may ask any visitor to the country to discuss their financial situation, in order to rule out any suspicion that the traveller may be looking for illegal work in the country. Nevertheless, this is no need to be concerned. As is to be expected, security will be very tight before and during the period of the Olympic Games, to ensure the safety of all participants and attendees. This may cause some delays during the process, but it is all in the interest of national security.

For American, Canadian, Australian and Japanese citizens wishing to visit Brazil after the visa exemption period ends (that is, 18 September 2016), they will have to follow the traditional route of applying for a visa. This process involves making an appointment at the nearest Brazilian consulate, to which travellers will need to take their valid passport, a spare photo, a completed application form and a copy of their round-trip ticket. They will also need to pay a visa application fee of around $160. (Again, this makes now a great time to visit Brazil). It is also worth taking into consideration that, given the large number of tourists that the country is expecting in the coming months, the visa application process may be considerably slower than usual.


The primary reason behind this highly welcome legislative alteration is the holding of the Summer Olympics. Having held the World Cup in 2014, Brazil continues to make major urban developments to its second city, Rio de Janeiro. Indeed, the notable opportunity for the country has been met with ambitions design plans, not without major faults having arisen along the way. Nevertheless, with less than two months remaining before the start of the games, the country appears ready to embrace a plethora of athletes and attendees from all over the world.

The US city of Chicago had actually bid to host the 2016 Olympics as well, going up against Rio, Madrid and Tokyo. However, out of the four competitors, they were the first to be eliminated. 2016 marks the first year that the Olympics have been held in South America, as well as being the first time they will take place in a Portuguese-speaking country.

The main events will take place across four venues in Rio de Janeiro – Deodoro, Barra, Copacabana and Maracana. Nevertheless, some of the football events will also take place in other cities across the country. The colossal event will feature the participation of around 10,500 athletes, and 140,000 staff. As for visitors, a total of 7.5 million tickets were made available for events during the games, and there is still good availability for last minute travellers.

Whilst the Olympics are always a wonderful excuse to travel to new places, visa requirements have often been a complication, and can put some people off the experience. Thanks to Brazil’s temporary Visa Waiver Programme, citizens of the USA, Canada, Australia and Japan will be able to visit this iconic and beautiful country this year, without having to go through the arduous hassle of a visa application. If you’re from another country, which is not in the EU, check the official list of countries that are exempt from needing tourist visas before travelling. As the fifth largest country on the planet, there is plenty more to see in Brazil than just Rio de Janeiro; thanks to the 90-day travel period that comes with the visa exemption, you’ll have plenty of time to explore every corner, and live a once-in-a-lifetime experience.


Travelling to the United States? Do you have your pre-planning checklist in order? Visit our ESTA Guide for more information about obtaining your travel permit. We'd love to hear from you. Send us your comments or questions for travel assistance.