The effect that Brexit could have on ESTA and the VWP 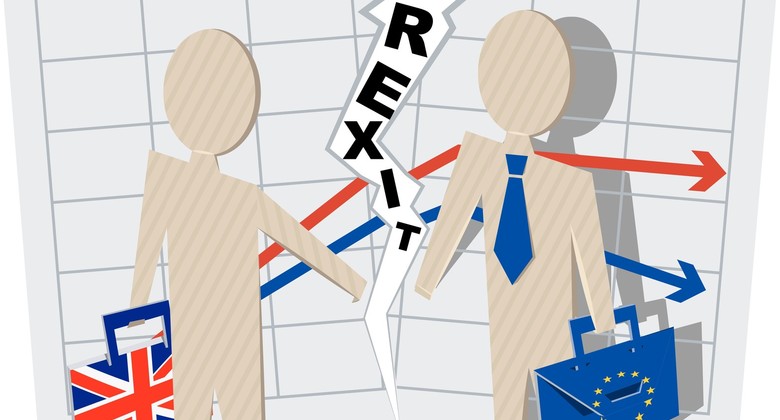 Here we will take a brief look at what the Brexit means for the USA and for Brits travelling to the USA.

As the whole world now knows, last month the United Kingdom voted to leave the European Union. 51.9% of voters decided that this was the best path forward for the country, and yet it still came as a massive shock for the nation and the world. Consequently, the shockwaves have already been enormous.

Essentially, the vote did not directly cause the UK to leave the EU, and in fact it will most probably take at least two years for the process to be complete. Nevertheless, the implications of the vote immediately caused significant changes and knock-on effects. With many countries appearing to be panicking slightly, including the UK, we have already seen markets become extremely volatile, currencies plummet and a frighteningly high number of political resignations.

Here we will take a brief look at what the Brexit means for the USA and for British citizens travelling to the USA. Of course, this is a first in history, and it is all somewhat speculative at the moment, but certain things have already become perfectly apparent.

Brexit’s effect on the USA

Within moments of the Brexit being confirmed, the pound sterling was already sliding down an uncomforting slope. It wasn’t long before it reached a 31-year low against the dollar, which, at the time of writing, is still the case. But what exactly does this mean for the UK and the USA alike?

On an individual level, this currently means that it is more expensive for Brits to purchase dollars, thus making it slightly more expensive to visit the USA at this moment. On the other hand, it means that it is cheaper for Americans to visit the UK, which in turn may promote tourism and be beneficial to the UK economy. Of course, any Brits who have a certain amount of US dollars saved will be immune from this, as they will not have to make the currency exchange when travelling.

On a slightly larger scale, this weakened pound could also weaken the euro against the dollar. This would further decrease the demand for US exports, as it would be more expensive for British and EU countries to buy products in dollars. This softened demand could have a noticeable effect on the US economy.

There is a fair amount of speculation at the moment as to whether the Brexit could inspire other EU countries to follow in the same spirit. The internet has gone wild trying to coin equally ‘inventive’ names for other countries who could choose to leave the EU, the best of them including ‘Grexit’, ‘Departugal’ and ‘Czechout’ (with some suggesting that the one country who will surely stay being ‘Remainia’). Whilst this is a joke on the whole, there is a very real possibility that other countries will be tempted to leave the EU following the UK’s lead, with many indicating that the Netherlands could be the next to go (already dubbed ‘Nexit’). Whilst all these possibilities are hovering around, it is perfectly possible that more and more people will use the US dollar as a safe haven during this inevitable currency volatility. This confidence in the dollar would certainly benefit the USA, and could counteract any decrease in demand they may experience.

Of course, we can’t predict how all of these elements will play out and materialise, but it is very likely that volatility will remain high over the two-year course of the Brexit (if, indeed, it even happens!) before calming down once more. Nevertheless, many renowned experts and economists insist that the effects that have already been experienced are merely temporary, and were to be expected. In this case, the slightly scary prospects may not be worth worrying about at this point.

A great concern for many is how the Brexit may affect the ability to travel for Brits. It is unclear at this point whether Brits will maintain their ability to travel and work freely throughout the EU – which for many people was a major reason for voting ‘remain’, given the amount of British expats in the EU and vice versa. Losing this ability would be difficult for a large portion of the population, but it seems quite possible that the country could enter into an agreement that allows the free movement of people and labour, similar to the deal that Norway has, for example.

So, how does this free movement (or lack thereof) in the EU affect the ability to travel to the USA? At the moment, the United Kingdom forms part of the US Visa Waiver Programme, which allows Brits to travel to the USA, as tourists or on business, for periods of up to 90 days at a time, without the need to go down the traditional route of applying for a US visa waiver. All of the EU, with the exception of a handful of countries, are currently countries that benefit from the Visa Waiver Programme, and can thus travel to the USA using ESTA – the Electronic System for Travel Authorisation. Once the UK leaves the USA, will it still be eligible for visa-free travel to the USA?

Fortunately, there is no reason to believe that Brexit could mean the UK’s exit from the Visa Waiver Programme. The UK allows US citizens to enter the country under the same conditions, and this has nothing to do with European Union membership. It is true that travel patterns are likely to change in general, but the existing Visa Waiver Programme is not subject to membership in the EU, and, in fact, there are various non-EU countries that already benefit from being able to use the ESTA to travel to the USA visa-free.

That being said, there is one component that could affect British travellers with regard to their trips to the USA post-Brexit. As it stands, all British passports have the words ‘European Union’ written on them. In fact, ‘European Union’ are the first words on the passport, featuring right at the top of the front cover. As soon as the United Kingdom leaves the European Union, it would be somewhat deceitful to have these words clearly displayed on the front cover.

Generally, British passports last for ten years. However, the writing on the front means nothing it would seem – once the UK leaves the EU, having ‘European Union’ displayed proudly on the front of their passports means nothing. All of this will lead to one of two scenarios:

Realistically, it seems far more likely that the UK will opt for option two – phasing out the passports and introducing the new design as and when citizens’ existing passports expire. This makes more sense, and it won’t affect the actual status of the passport, whether it says ‘European Union’ or not.

However, if for any reason this is not the case, what would this mean for Brits travelling to the USA? This is important, as it very much affects your ESTA, if you have an ESTA that is still valid at the time the UK leaves the EU. Essentially, when you apply for ESTA online, you are informed of your approval status within 24 hours. Provided your ESTA is approved, it is directly linked to the passport used at the time of application – this is because it features the details of that particular passport, as opposed to your details in general. If, for example, your passport expires during the two-year validity period of your ESTA, your ESTA automatically expires, even if you get a new one during this period.

For this reason, in the unlikely event that British passport holders are required to get new passports in light of Brexit, those who already have ESTAs will need to reapply, following the same online ESTA application process they used initially. Whilst an existing ESTA cannot be renewed as such, applying for ESTA online again does not alter your chance of being approved in any way.

The prospect of Brexit is shaping up to have a major effect on the whole world, even if it takes longer than expected to happen. Nevertheless, it seems pretty certain that the effects on Brits travelling to the USA will not be greatly affected by the time it takes place, and an online ESTA application will remain a far better option that any other form of travel authorisation.