2017 will welcome new flight routes to the USA 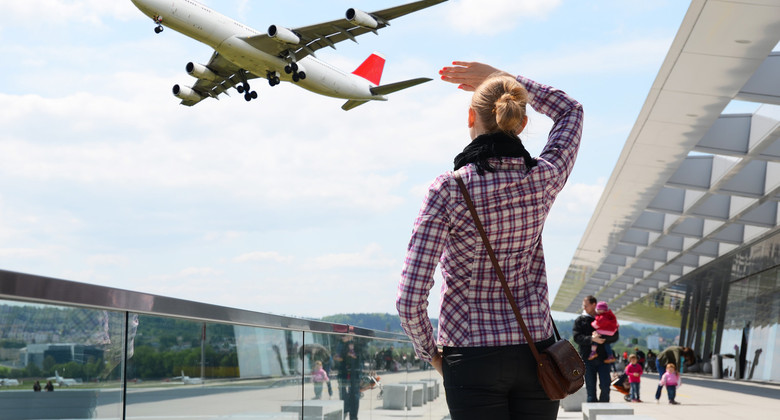 It’s good news for Brits! In 2017, we will have an even larger range of travel options when it comes to flying to the USA. Thanks to the Visa Waiver Programme, British citizens are able to apply for ESTA online, which means we no longer have to go through the tedious process of applying for a traditional US visa.

Thanks to the Visa Waiver Programme, British citizens are able to apply for ESTA online, which means we no longer have to go through the tedious process of applying for a traditional US visa.
When it comes to flying to the USA, there is already an ample selection of flight destinations, with many airlines operating to and fro. Nevertheless, it can sometimes feel as though this choice is slightly restricted, either by price, or by the need for layovers when travelling to less frequented destinations.
In 2017, this is set to improve considerably, with several new services operating from the UK to the States and vice versa. Here, we’ll take a look at the new routes that have been confirmed for next year. As a result, we can expect more flexibility when it comes to choosing flights, and it’s quite likely that it will mean prices continue to drop for transatlantic air travel.

With Britain’s biggest fleet of aeroplanes, BA will be launching several more routes to the USA in 2017. The first of these is a direct flight between London Heathrow Airport and Louis Armstrong New Orleans International Airport. As it stands, there are no direct flights between the UK and New Orleans, so this will be the first, making it a great timesaver for anyone making the journey. This service is planned to launch on 27 March, and will travel four times per week.
The next day, on 27 March, BA will launch a new service between London Gatwick and Oakland, San Francisco Bay. The airline doesn’t currently have any services from Gatwick to California, and so this will be particularly handy for those living around the southeast of the UK. Oakland is about a half-hour drive from San Francisco, making it nice and convenient for travel around Northern California. This service will also run four times per week.
Finally, BA will be running another new route from Gatwick Airport as of 6 July. This will see direct flights to Fort Lauderdale, Florida (about 40 minutes away from Miami). Although this service will run throughout the year, there will be less flights outside of peak season.

Icelandair will start running two new routes in 2017. The first of these will fly to Philadelphia (beginning on 30 May), and the second to Tampa (beginning on 7 September). To begin with, the Philadelphia flight will only run between May and September, whilst the Tampa service will carry on year round. Both flights will go via Reykjavik, Iceland’s capital.
You may have noticed a seemingly rapid increase in flights to or via Iceland recently. Not only has tourism in the country gone from strength to strength, but it is also incredibly conveniently located for travel between northern Europe and the USA. As a result, both Icelandair and Wow Air, in particular, are now running lots of flights that go from the UK to Iceland, and then from Iceland to the USA. This is also a great way to break your trip up and spend a couple of days in this remote and beautiful country (when you’re in Iceland, you’ll notice plenty of Brits and Americans soaking in the sites before carrying on their journey).
The other benefit to this two-part trip is the price. Opting for an indirect flight can often make it slightly cheaper than the direct option, and can mean you get to make the most of another destination en route.

The American airline Delta will be adding a second service from London Heathrow to Detroit on 26 March, increasing options for those wishing to travel to Michigan. The airline will also be running its first flight between London Heathrow and Portland, Oregon, on 26 May. Portland is known for being a trendy, vibrant city in the northwest of the USA, and it’s no wonder that Delta have decided to make the most of its ever-growing popularity. As well as these flights, Delta will add an extra Heathrow to Atlanta service from May onwards.
But it’s not all about London connections! Delta will also be launching the first direct flight to New York JFK from Glasgow (in the past, this journey tended to include a stopover in Iceland). This comes in the wake of its highly popular Edinburgh-New York service, which it inaugurated this year.

Up in the north, those living around Manchester will be able to benefit from a direct flight to San Francisco with Thomas Cook. We’ve seen plenty of additional services to the USA from Manchester recently, which is great news for travellers who want to avoid the hassle of driving down to London. Thomas Cook will also be increasing the amount of services to LA and Boston throughout 2017.

Sticking in the north, Virgin will run a daily service between Manchester and New York (JFK) from 25 May onwards. But moving swiftly back down south, the airline will also introduce a direct daily flight from Heathrow to Seattle as of late March.

Having increased their services from Heathrow to San Francisco just a couple of months ago, United Airlines will soon be introducing a second daily service to Los Angeles (also from Heathrow). The additional service will begin at the start of April, and will be good news for anybody looking to explore Southern California.
Of course, there’s still plenty of time for new routes to be confirmed from plenty of other airlines, and so this list here is by no means exclusive. One airline to keep an eye on at the moment, which we haven’t yet mentioned, is Norwegian. Norwegian have been rapidly expanding their menu of flights over the past couple of years, and seem to market themselves as an upmarket budget airline. They are already running plenty of flights to Boston, New York and Los Angeles, and tend to be among the cheapest flights across the pond you can find from the UK. With plans to open up new offices across Europe, it’s worth keeping an eye on their plans over the next year.

No matter which airline you go with, which airport you go from or which airport you end up at, you’ll need to make sure your travel authorisation is in order before you set off. Although you can book a flight without having a visa or ESTA, you will need to provide your airline with this information before you get on the plane!
Provided you’re only looking to visit the US as a tourist, or on business, you’ll be able to apply for ESTA online. ESTA is the Electronic System for Travel Authorisation, and means that you can visit the United States without a visa. This saves you a lot of time and money, as US visa applications are notoriously lengthy and tedious.
To get your ESTA, you just need to fill in the online ESTA application. The whole process takes about ten minutes, and you’ll just need to have your passport to hand and answer a few questions about yourself. One of the major benefits of ESTA is that the entire process takes place digitally – even when you arrive in the US, your ESTA details are automatically attached to your passport details, and so you’re not even require to have a print out of your ESTA authorisation.

After you’ve filled in the online ESTA form, you’ll receive your approval status by email within 24 hours. Once approved, your ESTA will allow you to travel to the United States, as a tourist or on business, for periods of up to 90 days at a time (it’s important to note that there are no exception to this; if you need to spend any longer in the country, you will need to apply for the corresponding visa).

Your ESTA will expire two years after you received it, or when your passport expires (whichever comes first). If your passport does expire, your ESTA won’t be valid with a replacement, given that it is specific to the details that appear on the passport you applied for it with. In this case, you will need to apply for ESTA again.

With the ability to travel to the USA with ESTA, the continually decreasing airfares and the ever-expanding range of flight destinations and airlines, make 2017 your year to cross the pond and experience it for yourself! Now, get on with your Christmas shopping and make sure you pick up a flight!