Minor offences and travelling under the Visa Waiver Programme 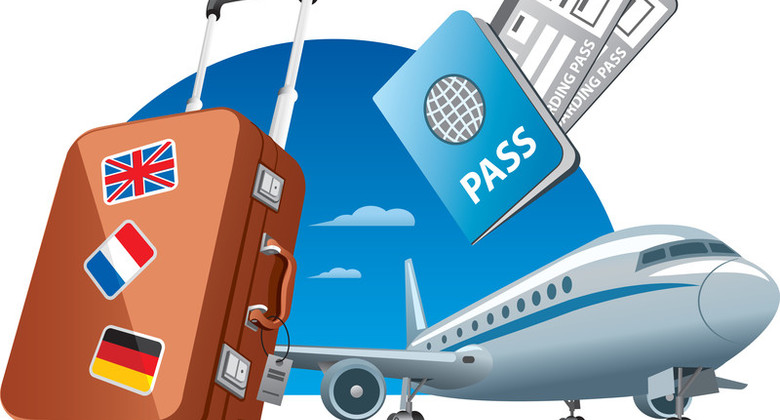 When travelling to the USA under the Visa Waiver Programme, it is important to know what the grounds for inadmissibility are when it comes to having committed minor offences in the past.

A British tourist was recently turned away upon arrival in the USA when customs officials found an old text message about cocaine on her phone. This occurred when she and a friend travelled to Los Angeles, and were taken aside for further questioning when border patrol agents wanted further clarifications about their two-month trip. When asked whether she had taken cocaine in the past, the traveller answered yes, and was subsequently put back on a plane to the UK. She was also banned from returning to the US for 10 years.

Indeed, many similar instances have appeared in the press recently with travellers using ESTA to visit the United States on business. So what are the rules about travelling under the Visa Waiver Programme when you have past offences?

The ESTA application itself includes a few questions regarding criminal history. One of these is ‘Have you ever been arrested or convicted of a crime that resulted in serious damage to property, or serious harm to another person or government authority?’, and another is ‘Have you ever violated any law related to possessing, using, or distributing illegal drugs?’. So, on this basis, we can see that whether or not you can be admitted in the United States with ESTA in light of previous minor offences depends on what that offence was.

With respect to the first question, the wording specifically refers to serious damage or harm, and having been arrested or convicted for it. It covers offences relating to ‘moral turpitude’, which also includes crimes against government authorities, such as fraud and tax evasion. Technically, such crimes may not be considered moral turpitude (for the purposes of the US Immigration and Nationality Act) if you were under 18 at the time, or at least 5 years have elapsed since the time of your conviction or release, or the maximum possible sentence was less than 12 months, of which you were sentenced to 6 months or less. In any case, the US authorities can apply to access such information on the Police National Computer through Interpol, which would automatically result in the ESTA application itself being denied.

When it comes to minor traffic offences, these do not affect your ability to travel with ESTA under the Visa Waiver Programme, provided they did not result in an arrest and/or conviction. However, if the traffic offence took place in the United States and there is an outstanding fine against you, and you missed your court hearing, there may well be a warrant out for your arrest. This will result in problems when trying to be admitted into the United States, and thus you should try to resolve the matter before you travel by contacting the relevant court.

The ‘fuzzier’ interpretations of the impact of past offences on US admissibility arise in the second question, on the violation of any drug laws. Indeed, this was the matter at hand when the British traveller we mentioned was deported back to the United Kingdom. Note that the wording of the question in the ESTA application does not specify whether or not you were arrested or convicted of violating a law related to possessing, using or distributing illegal drugs, but simply whether or not you have violated such a law. In this case, the British traveller who applied for ESTA presumably answered this question dishonestly, and the Customs and Border Patrol agent who reviewed her case was able to verify this. Fundamentally, this is what Customs and Border Patrol agents do when you arrive in the United States under the Visa Waiver Programme; they aim to ensure that the traveller is visiting the country under the conditions of the programme, and thus that they were truthful in their ESTA application. Remember, the final decision as to whether to grant you entry into the United States always lies with the Customs and Border Patrol agent.

So if you have taken a drug recreationally at some point in your past, is this grounds to prevent you travelling to the USA without a visa? Yes, this is what the law says. It does not, however, prevent you from going to the United States; instead, you would need to apply for a traditional US visa through an embassy, where your application would be reviewed in more detail.

The recent case was related to the consumption of cocaine, but this leads many to wonder where the law lies in terms of recreational cannabis use; illegal in the United Kingdom, but with legal status in certain US states. It is very important to be aware that marijuana is illegal on the federal level, which overrides state law when it comes to immigration. For this reason, any suspicion of cannabis possession or the possession of paraphernalia items with residue on them would likely result in refused admission.

In the case we cited earlier, the traveller had her phone searched, which was where the text message was found regarding cocaine use in the past. Questions were raised about whether Customs and Border Patrol had the authority to seize her phone and look through it, and the answer is yes. If you are asked to hand over your phone or laptop to be searched, your refusal would result in being denied entry into the United States and being deported back to the United Kingdom.

Bear in mind that ESTA applicants are also asked to provide their social media profile handles as part of the application, and these profiles may also be looked over for references to past criminal activities. So, what would happen, for example, if you had smoked marijuana in a state where it is legal, and then posted about it on social media? The fact remains that you still broke US federal law, and so you could well be denied entry on your subsequent trip to the USA.

The bottom line is that what happened to this British passenger was legal. The law dictates that travellers who have been convicted of a law, whether US or foreign, regarding controlled substances, or who have admitted to violating such a law (as was the case with the British tourist), cannot be admitted to the United States. Of course, this makes it appear that it was simply the fact of admitting to the crime that prevented this traveller from being admitted to the United States. On this occasion this is true, however denying any knowledge of the text message or lying would have amounted to misrepresentation, and would have also been grounds for inadmissibility (particularly given the fact that the text message was found).

It may seem that these are quite heavy restrictions for travellers who want to visit the United States under the Visa Waiver Programme, however such rules have long been in place. The only difference is that their enforcement has been enhanced recently. In fact, refusals of inadmissible persons have increased under the current administration, with a 108% increase since 2015, a part of increasing US border security. In this respect, it must be emphasised that if you have any past minor offences that would render you ineligible to travel with ESTA, you must apply for the corresponding US visa instead.

As a final point to make, many people have pondered whether the same rules apply to politicians, such as Boris Johnson or Michael Gove, who recently admitted to past recreational use of cocaine. Would they be inadmissible on account of these admissions? If they were to apply for ESTA, they could well run into problems just like anybody else, but in fact as government officials they would be travelling under a different capacity and would be allowed admission.

Remember, it is important to be honest in your ESTA application, and bear in mind these points about past minor offences when applying for your travel authorisation. If in doubt, it is a better option to go through the official visa application process than to travel under the Visa Waiver Programme and be denied entry on account of misrepresentation in your ESTA application. In any case, it is always advisable to apply for your ESTA online as soon as you know you will be travelling, giving you plenty of time to apply for a visa just in case your application is denied.