From England to the States in Seven Hours 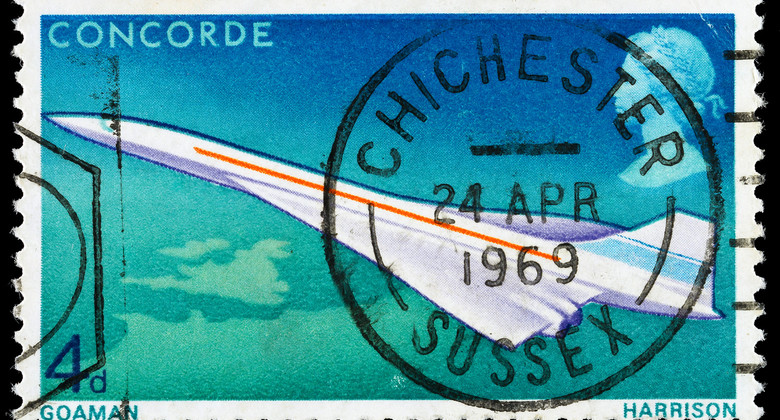 With thousands of planes in the sky at any given moment, and thanks to the Visa Waiver Programme and the ESTA, travelling from the UK to the USA has never been quicker, easier or cheaper.

Imagine what our ancestors would have thought of the prospect of crossing the Atlantic Ocean, from the UK to the USA, in just seven hours. They simply would not have believed it. Similarly, imagine what our young parents would have thought at the idea of being able to travel to the States without a visa, and to get travel authorisation in just 24 hours. Baffled, that’s what they’d have been.

With thousands of planes in the sky at any given moment, and thanks to the Visa Waiver Programme and the ESTA , travelling from the UK to the USA has never been quicker, easier or cheaper. A flight from London to New York, or Boston, takes as little as seven hours. That’s about the average time you spend asleep each and every day.

But before this luxurious context in which we can now practically pop over to the States just for a weekend and be back at work again on Monday morning, what did this 4,000-mile voyage look like?

Let’s travel back in time for a moment and consider that massive wave of global change back in the seventeenth century. Colonisation was all the rage, and many Brits were seeking to start a new life in the New World. Of course, there were other motives, such as profiting from land and escaping prosecution, but it certainly wasn’t about tourism back then. What became known as ‘The Great Migration’ saw thousands of English people settling in America; which was then just an expansion of England. Though many people did come back to fight in the British Civil War in the mid-seventeenth century, the journey across the Atlantic was generally a one-way ordeal. But what did it consist of?

There was none of this online check-in business for one. The idea of flying would have seemed utterly absurd, and probably terrifying. To get across this mass of open water, a boat was the only way. Of course, the cost of a ticket was completely out of reach for the majority of the population. In fact, the majority of passengers on these boats were ‘indentured servants’, which meant that they had to spend a certain amount of years paying off the debt with an employer after their arrival.

And there was none of this estimated arrival time business either. When you got on a boat to the New World, you realistically had no idea how long it would take. You knew it would be a long time, but really nobody knew when they would arrive. The fastest these ships could go was eight miles per hour. Eight. Your standard aeroplane these days goes at 600 miles per hour. That’s 75 times faster. And bear in mind, these ships could only reach that extraordinary speed of eight miles per hour, slightly faster than walking pace, when the sea was smooth and there was a fair wind. It was impossible that this rate would be kept up for as much as a day.

The length of the journeys varied enormously. They could be as short as 47 days and as much as 138 days. Two ships setting off at the same time could arrive months apart. Perhaps you’d arrive in a month and a half, or perhaps it would take half a year. Can you imagine British Airways giving you an estimated flight time of six months? Six months with that little leg room and inevitably a baby sat crying behind you.

Of course, the conditions on these ships was far worse than being short on leg room. There was no refrigeration for one, and so the food (and who’s to say how much food would be needed?) would have to be brought onto the ship alive and slaughtered as and when, to keep it fresh. What started out as something akin to Noah’s Arc would soon turn into a floating slaughterhouse. The only way to keep clean would be to bathe in salty sea water, and the fresh water brought on board would only be good for so long; after a few weeks of being stored in containers, the water would go bad, and it would be dangerous to drink. Thus, rum and beer were the safer options (a combination that many transatlantic aeroplane passengers would still opt for today I expect). In fact, beer remained the breakfast drink of choice in America for another couple of hundred years.

Added to all this was the possibility of disease. You stood a good chance of remaining on that ship for the rest of your days, as disease spread quickly and killed many. Heading off from England to America was a major life decision, and one that certainly couldn’t be made on a whim when you had a weekend to spare.

Over the centuries, journey time decreased, greatly aided by the discovery of the gulf stream (which, in fact, is the route that ships between the two countries still take today). But there’s no doubt that this was an arduous, life-changing experience.

Of course, flipping the scale, we reached a point in technological advances and a desire for quick travel that allowed us to reach the USA even quicker than in seven hours. Between 1976 and 2003, travellers had the option to fly with the Concorde – a supersonic jet that, on average, flew from London to New York in three and a half hours. The company’s famous advertising campaign claimed that you could have breakfast in London and lunch in New York. Of course the crazy thing here is that when you landed in New York, it would be earlier than the time that you’d actually set off, which almost means that you made time back when flying with Concorde!

Whilst Concorde stopped running over a decade ago, Airbus have recently lodged a patent for another supersonic jet, dubbed as ‘Concorde 2’ (though actually called the ‘Ultra-rapid air vehicle’). The idea behind the ‘Concorde 2’ would make it possible for it to travel at four times the speed of sound, flying at 100,000 feet in the air. Now, there’s not much chance of this taking place any time soon, and realistically it would take about 40 years to put this into place. But, if it does happen, this would make it possible to travel from London to New York in one hour. That’s less than the average commute time in London…

During ‘The Great Migration’, if someone told you of flying machine that could take you across that treacherous ocean, without spending months of your life in a dangerous limbo, in just one hour, that person would probably have been declared legally insane.

But it’s not just the journey time that’s decreased massively over the years. It’s also the red tape. It wasn’t long ago that Brits wanting to visit the USA would have to go through long periods of filling out lengthy visa applications, having to travel to a US embassy or consulate for a meeting, and paying hundreds of pounds for the privilege. Now, there’s no need for a visa if you’re travelling to the USA as a tourist or on business; instead, you can get ESTA travel authorisation within 24 hours, without having to leave the house.

The ESTA is the icing on the cake that really makes travel to the USA easy. It works like this: you apply for ESTA online, where you have to fill in a short form, answering some basic questions and providing your passport details. Within 24 hours, you receive an email with your authorisation status. Provided you are approved, you are then immediately eligible to travel to the United States, under the terms of the Visa Waiver Programme, for periods of up to 90 days at a time. Better still, your ESTA authorisation lasts for two years, so if you return to the US within this period, you don’t need to re-apply for ESTA online. Once your ESTA expires (or your passport expires, whichever happens first) you will need to apply for ESTA online again before travelling to the USA. To do so, you just follow the same procedure as for, and there is no limit on the amount of times that you can apply for ESTA online.

Back in the times of colonisation, the idea that America even existed was amazing. Now, just a few hundred years later, we are closer to the USA than ever before – we are exposed to American culture on a daily basis, and, after applying for ESTA and receiving travel authorisation, we can book a flight (which are also cheaper than ever before) and fly from London to New York in just seven hours.

Doesn’t that make it sound easy? Apply for ESTA today and begin your US adventure.