Labour day and summer’s end in the USA with ESTA 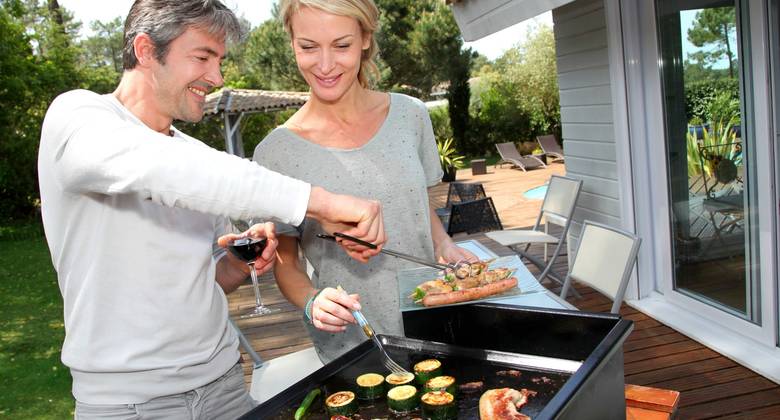 As the end of summer is around the corner, many of us are only just getting round to our long-awaited holidays. With the USA being a hugely popular destination for British tourists, the only thing you need for your American adventure is an ESTA, making it an easy getaway during the build-up to Autumn.

The end of August and start of September are a fantastic time of year to travel for those who are able to do so. This is because many people have already taken their summer trips, kids are going back to school, and air fares and hotel prices tend to drop. Of course, there is also the added bonus that you have something to look forward to throughout the summer, and the weather in notoriously sunny destinations is generally still warm but not roasting (causing less of a shock to our typical British aversion to major temperature change!).

For those venturing across the Atlantic in the coming weeks, your trip may well coincide with Labour Day in the USA. Labour Day is held on 4th September this year in the states, and is generally considered the unofficial end of the summer by Americans. More importantly, and as the name clearly implies, it is a celebration of universal workers’ rights and the contributions of workers across the nation.

The now federal holiday came about in the nineteenth century, as unionists suggested the idea of a dedicated day to celebrate labour. It’s worth bearing in mind that Americans tended to work 12-hour shifts, every day of the week (including weekends) during the nineteenth century, so some sort of recognition was certainly in order. Extremely young children were also working in factories and mines. It wasn’t until 1916 that the "Adamson Act" came into force, which introduced an obligatory eight-hour work day. This has been the norm for the last hundred years.

Oregon was the first state to make Labour Day an official public holiday, and it was gradually introduced by other states as the years went by. Within seven years, 30 of the then 44 US states celebrated the occasion, at which point in then became a nationwide federal holiday.

Interestingly, in the US state of Virginia, there is a bizarre law in place that essentially makes trips to amusement parks compulsory before Labour Day. The law means that most school districts have to have their first day back at school after this date, giving families one last weekend to visit the state’s amusement parks. It will come as no surprise that such legislation was advocated and lobbied by the amusement park industry itself…

As Labour Day always falls on the first Monday of September in the USA, citizens take advantage of the full weekend (logically known as ‘Labour Day Weekend’) to engage in all sorts of activities to celebrate the country’s workers and the end of the summer. Cities often put on parades, such as the well-known parade in New York. The Labour Day Carnival in New York, also known as the West Indian Carnival, is a hugely popular celebration, with millions of spectators and participants honouring national labour and Caribbean culture – what a mix!

Along with a few parades, you can expect to see many parties around the country for Labour Day Weekend, as well as plenty of barbecues and public events. It also marks the time of year in which many US sport seasons kick off again. The National Collegiate Athletic Association (NCAA) begins around Labour Day Weekend, along with the National Football League (NFL). MASCAR car racing gets going around the same time, and it also coincides with the first week of the US Open Tennis Championships.

As might be expected with this kind of national celebration, retailers don’t miss an opportunity! Huge sales and discounts see happy shoppers grabbing bargains across the nation, which goes hand in hand with shops flocking off their summer stock. In fact, many claim that Labour Day marks the second largest sale time in the year, after the now internationally known ‘Black Friday’.

One curious thing that many Brits may have heard about labour day is the claim that ‘you can’t wear white after labour day’. So what is that all about? The most obvious reason behind this is the time of year (if that can be classified as a reason). White is an obvious colour to wear during the summer because it reflects the heat from the sun well. The lightness of the colour can be associated with the lightness of summer, as opposed to darker colours being somewhat more autumnal (then again, ‘white’ and ‘winter’ seem to go hand in hand).

However, there is a deeper meaning behind the idea of not wearing white after labour day, which is the fact that during the late nineteenth and early twentieth century, white was a colour that rich people wore. It was a sort of symbol of success. The rich upper class would wear white on their holidays, whereas those who still had to work would be wearing their darker work clothes. When summer ended, the elite’s time in the sun would come to an end, which entailed returning to the everyday society that they had avoided since summer’s onset.

This widespread association of the rich wearing white sort of disappeared as a middle class started to emerge following the Great Depression. At this point, the boundaries merged a bit and everybody could wear white. Of course, not all parts of the USA have such warm conditions in the summer, so how could this ‘rule’ have spread nationwide? Simply, for the same reason that governs many of our fashion decisions nowadays: the fashion world spreads the word! Curiously, though perhaps less well known, the rule also states that you shouldn’t wear seersucker after labour day. When it comes to seersucker, a thin and cool cotton fabric, this is presumably discouraged after summer because it’s simply not so appropriate for the colder weather.

Do you want to take part?

If you’re planning to be in the USA during Labour Day Weekend, expect many businesses and stores to be closed on Monday. However, you’ll surely be too busy behind the barbecue to even notice. More importantly, you need to make sure your travel documents are all in order before you set off.

As a British citizen, there are various kinds of travel documents you can use to travel to the USA. The first of these is essential in all cases; you will need a valid passport. Make sure your passport is valid for the entire duration of your trip. This is an obvious point, but can often get overlooked. Presuming you have your passport, you can then apply for different kinds of travel authorisation.

The traditional travel authorisation needed for the USA is a visa. Visas come in many different varieties, the most common of which are business visas and tourist visas. This is still a valid way to visit the USA, and in some cases the only way, however a much simpler and easier system now exists. This is thanks to what’s known as the "Visa Waiver Programme".
The ‘Visa Waiver Programme’ is an agreement entered into by 38 countries and the USA. The United Kingdom was the first country to join this programme, and thus British travellers have been making the most of its benefits for many years. As the name suggests, it’s a way of travelling to the states without the need for a visa. Instead, travellers can apply for what’s known as ‘ESTA’. The ESTA is the Electronic System for Travel Authorisation, and is an automated screening process to vet potential travellers before they come to the USA.

The ESTA grants travel authorisation for tourism or business purposes, allowing travellers to be in the USA for up to 90 days at a time. Anybody who wants to spend more time in the USA must apply for the relevant visa. There are many benefits to the ESTA over the visa, and so it’s a much more favourable way of getting to the USA if you are able to. Unlike a visa, the ESTA application process is carried out entirely online, and applicants receive their authorisation status within 24 hours. In order to apply for a visa, applicants need to arrange an appointment with a US embassy or consulate, and it can take several weeks to process. ESTA is also significantly cheaper than a visa.

Now soak up the last of that summer sun and get yourself to the USA to celebrate the end of the summer with the locals!