Will the Visa Waiver Program change under Trump? 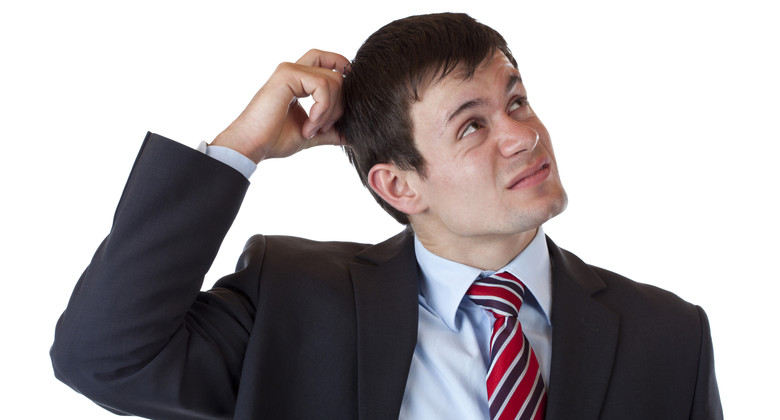 After an election that surprised many, it’s time to look into how the Visa Waiver Program could evolve under Trump’s presidency, and the effects that this could have for British travellers.

In the run-up to November’s presidential election, many claims were made on both sides of the fence with respect to how the country would be run as of next year. One of the comments that caught our attention came from President-Elect Trump, as he discussed his thoughts on the Visa Waiver Programme: as part of his strong stance on borders, he called for the programme to be ended.

So, could Trump’s presidency result in policy changes that seriously affect how current citizens of Visa Waiver Programme member countries are able to travel to the USA? As it stands, 38 countries currently benefit from this programme, and that includes the UK. But Trump has also made it very clear, in his conversations with prime minister Theresa May, that he wants the two countries’ relationship to be “very, very special”. Surely it would be a message in the wrong direction if we were to have our Visa Waiver Programme rights revoked?


A little bit of background

Before the election, Trump made his thoughts very clear on border patrol and the matter of immigration in the United States. We all heard, and continue to hear, very much with respect to the famous wall between the US and Mexico, but it doesn’t stop there. In the wake of the horrendous terrorist attacks of Paris, Brussels and San Bernardino, Trump expressed his rightful concerns of foreign fighters being able to enter the USA through the Visa Waiver Programme.

It all comes down to information. What is known about people who visit the USA? Essentially, Trump would like to know more about foreign citizens who enter the country. Of course, this is significant when it comes to immigration, but also has a heavy effect on tourism to the USA in general.

As it stands, the Visa Waiver Programme allows citizens of VWP member countries to go to the USA via the Electronic System for Travel Authorization, or ‘ESTA’. The way this system works is by pre-approving applicants in an automatic way, which is why ESTA applicants do not need to visit embassies or have any interviews prior to being approved. This is also the reason why ESTA applications can be processed so quickly; when Brits apply for ESTA online, they receive their approval status within 24 hours. This makes it hugely appealing and convenient to travellers, but is one of the reasons behind Trump’s concerns.

A year ago, Trump also called for “a total and complete shutdown of Muslims entering the United States until we can figure out what’s going on”. In subsequent months, Trump said that this ban would be temporary, and has drifted away from the idea a little since then. Instead, his vocalised a policy in which people from countries that are compromised by terrorism are not granted access to the USA. ESTA aside, a lot of Trump’s ideas were also focused on visas. He suggested that applicants take ideological tests before being allowed into the USA, which would pose a serious challenge.

At the moment, visitors to the USA are vetted on the basis of whether they are deemed high value and low risk or not. Visa Waiver Programme member countries are deemed to be high value and low risk, which is why their citizens can benefit from the simple ESTA application process. But if Trump were to implement ‘extreme vetting’, with some sort of ideological and potentially even religious criteria, this kind of vetting would require mass modifications to the mechanisms that the country currently uses. As well as the major practical challenges of implementing such changes, in terms of labour, it could also cost tens of billions of dollars more than it already does.

Of course, a major risk in putting an end to the Visa Waiver Programme would be the losses incurred as a result of lower tourism levels. With 60% of visitors coming from Visa Waiver Programme member countries, this would give rise to a massive drop in tourism. Additionally, it would make it much harder for Barack Obama’s ambition for the country to receive 100 million visitors a year by 2021 to become a reality. It would no longer be as simple, or as cheap, for these tourists to come to the USA, and they would be likely to choose other destinations. For those who did decide to visit the USA, they would have to follow the traditional visa application procedures that are already in place. This would create huge waiting times, in addition to those that are already in place when applying for a US visa.

Of course, it’s alarming that Trump suggested closing the Visa Waiver Program. What’s more alarming still is that Ted Cruz also made this suggestion, who has already had a private meeting with Trump and said that he was ready to assist in his administration. But pre-election comments aside, the practicalities of implementing a complete eradication of the Visa Waiver Programme make it unlikely for the time being. What we can expect are further amendments to the programme, in such a way that it becomes tighter and more restrictive.

The idea of greater restrictions to the programme are understandable, as national security has to be a major priority. The ESTA is a tool that is used to protect the USA and its citizens, as well as its visitors, and must continually adapt to its environment.


The case of the UK

As we mentioned, Trump has already established that he wants to develop a special relationship with the UK, which should hopefully be reassuring to Brits who want to continue being able to travel to the USA under the Visa Waiver Programme. Bearing in mind that, in just January of this year, MPs formally debated whether or not he should be allowed in the country, it seems that he and Theresa May could well establish a mutually beneficial relationship.

Having strongly recommended against Brexit, Barack Obama openly stated that the UK would not get any special treatment if they were to leave the European Union. Now that the UK has indeed decided to leave the EU, difficulties may have arisen at the time of establishing agreements with the USA under a Clinton administration. On the other hand, Trump has been nothing but congratulatory with respect to the UK’s referendum, and seems to get along incredibly well with Nigel Farage, a man who dedicated his career to achieving that very result. The UK’s new primer minister and the USA’s soon-to-be new president may well get along just fine, despite all that has been said about him in the past. So in this climate, it’s hard to foresee a future in which the UK does not benefit from some sort of visa-free travel authorisation with the USA, and indeed vice-versa (US citizens benefit from similar visa waivers in the UK already).

Be what may, the Visa Waiver Programme has not undergone any major changes yet, and still allows Brits to travel to the USA with ESTA. To apply for ESTA online, applicants simply have to fill in an online ESTA form, answering a range of simple questions and providing their passport details. Having submitted the ESTA application, they will receive a confirmation of their approval status within 24 hours, directly to their email addresses. If approved, they are then entitled to travel to the United States for periods of up to 90 days at a time, for business or as tourists.

The ESTA itself is valid for two years, and so travellers can visit the country repeatedly during these two years, but only ever for periods of up to 90 days at a time. If an applicant’s passport will expire within two years at the time of the online ESTA application, his or her ESTA will only be valid until the date upon which the passport expires. ESTA holders can always check the details of their individual ESTAs, where it clearly states the date when the ESTA becomes no longer valid.

It’s an interesting time on the global spectrum, with both the UK and the USA going through some seemingly unexpected changes. Time will tell how this affects the Visa Waiver Programme, and of course we’ll be keeping a watchful eye on it, however it seems very unlikely that British travellers will be inconvenienced when it comes to travelling to the United States, as, essentially, it’s in nobody’s best interests.